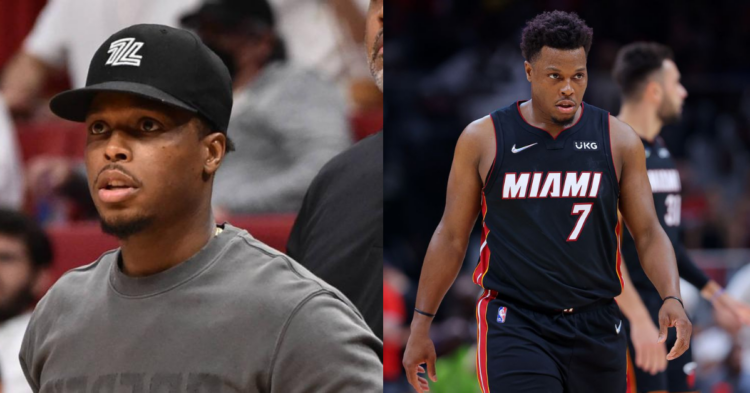 Miami Heat really turned things around after round 1 exit last season. They made the Finals in the ‘Orlando Bubble’ but fell short to the Lakers due to injuries. Kyle Lowry is the only major addition to their roster and his presence was effective in the regular season.

The playoffs are a different story altogether. After seven great seasons with the Raptors in Toronto Lowry moved to the south beach in the offseason. It was marred with controversy as reports about tampering surfaced. But the fine seemed worth it for Miami at least until the postseason began.

Kyle Lowry has largely been underwhelming and missed far too many games. He had a prolonged absence in the regular season as well. The team was very supportive even though he never disclosed the reason behind his absence.

Kyle Lowry is having the worst playoff stretch of his career

Not every 36-year-old can be held to LeBron James or Chris Paul’s standards. However, Kyle Lowry has been massively underwhelming given that he will earn $58 million over the next two seasons.

He is averaging 5.6 points per game and 4.3 assists on 26.6% from the field. All this while clocking at least 27 minutes a night at a highly competitive level in the payoffs. He has averaged in single figures only once before in his career.

In the Game 5 loss, Kyle Lowry was basically just running around on the court. He could get a shot in or make plays for his teammates. It clearly did translate to the stat line. These numbers are far below his season averages and only an offensive effort from his side will help Miami in the elimination game.

The Heat is actually playing better when Lowry is not on the floor in the playoffs, unlike the regular season. They have a 7-1 record without him and 3-5 with him on the lineup. By no means does it indicate that Miami should completely do away with Lowry. However, going scoreless despite spending a significant amount of time on the court will end up hurting that team.