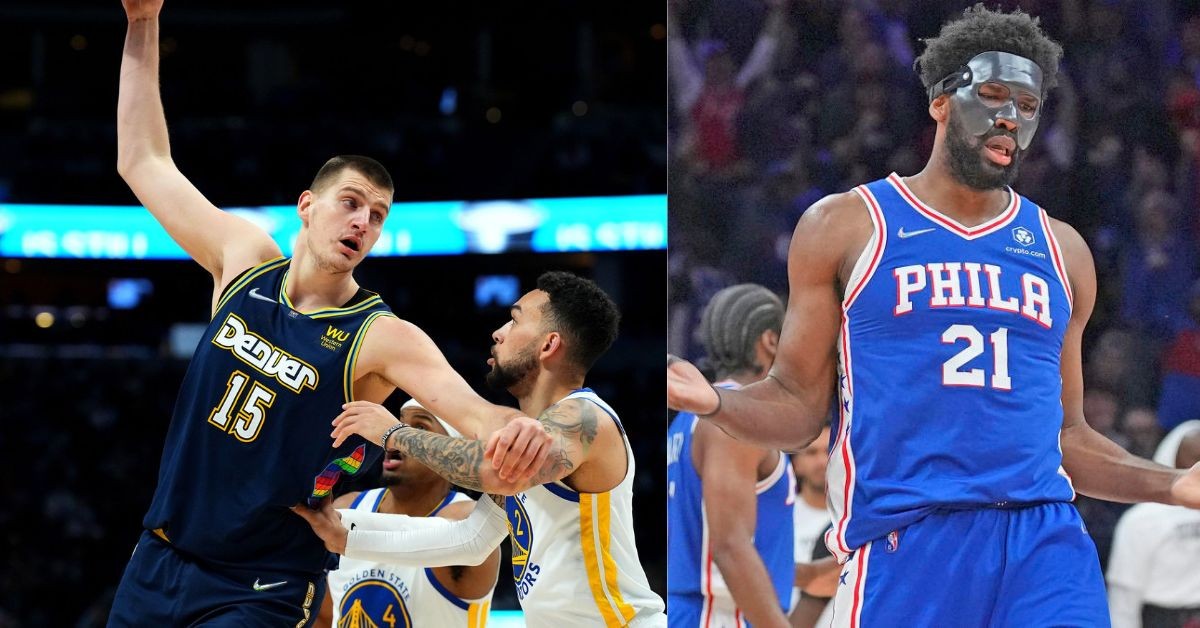 Joel Embiid and Nikola Jokic were front runners for the MVP( most valuable player) this season. Jokic won the MVP for the second time, back-to-back. Additionally, he led the Denver Nuggets to the 6th seed in the West. Embiid carried the Philadelphia 76ers to the 4th seed in the East.

These two big men represent the best of each conference. However, their playstyle differs significantly. One must wonder whether  Nikola Jokic really deserved this award for the second straight time.

The voting system for the MVP is presumed to be tamperproof. Therefore, there is no doubt that Jokic was voted the MVP for the 2022 season. This is mostly because he carried the Denver Nuggets without Jamal Murray and Michael Porter Jr.Additionally, his passing ability as a big man is second to none.

Nikola Jokic has been voted the NBA’s Most Valuable Player for a second consecutive season, sources tell @wojespn. pic.twitter.com/dDPa13VXlq

Nikola Jokic averaged 27 points 13.8 rebounds and 7.8 assists this year. His ability to pass and get teammates involved is the reason the Nuggets have remained in contention. However, he has shown to let his emotions get the best of him.

Additionally, he is not very athletic. The Joker rarely dunks the ball or uses pure force. He uses a mixture of footwork and skill to get his shot off and stay in position to rebound or assist.

Joel Embiid has become a powerhouse this season

Joel Embiid may have proven he is the most unstoppable force in the NBA. The only player who can rival his power is The Greek Freak Giannis Antetokounmpo. However, Embiid is bigger and has a longer wingspan than both the Joker and the Greek Freak. When he gets going  Embiid is unstoppable.

Embiid carried the Philadelphia 76ers to the 4th seed in a top-heavy Eastern Conference. Additionally, he kept them in contention this entire season. This was despite not having his initial second-star teammate Ben Simmons on the court with him. Embiid proved the doubters wrong and carried his team his season.

Joel has had a monster season. He averaged 30.6 points, 11.7 rebounds, and 4.7 assists this season. He led his team to have 3 more wins and 3 fewer losses than Jokic’s Nuggets. Additionally, he is a far better defender than the Joker. This is simply due to his range, wingspan, and freak athleticism.

Finally, the 76ers and nuggets faced off twice this season. The Nuggets won once. However, Joel Embiid had a high-scoring 34-point game to Jokic’s 22 points. The second time they faced the 76ers won the game. However, Embiid did not even play in this game.

Perhaps Jokic deserved it after all. However, it is disheartening for Embiid who might not have many dominant seasons left in him.