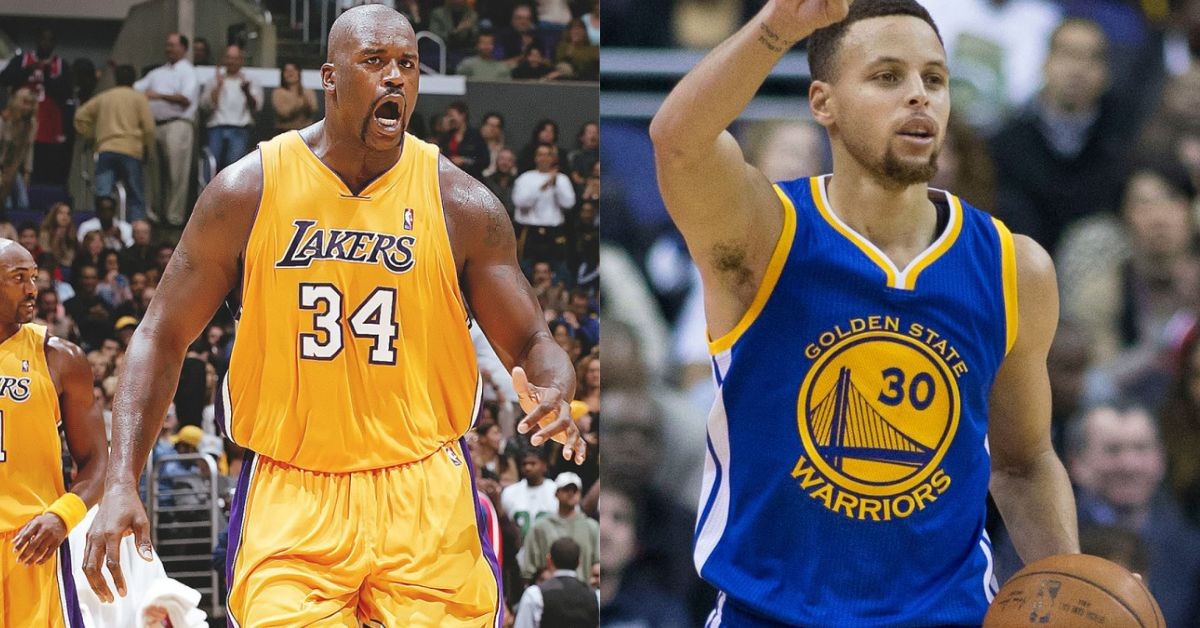 Stephen Curry is a 3x NBA champion and leader of the Golden State Warriors. Additionally, he is the greatest long-distance shooter of the basketball. Curry also holds the record for most three-pointers made. Shaquille O’Neal is a retired NBA center. He was simply unstoppable under the rim.

How Stephen Curry really is, as big a threat as Shaquille O’Neal

It is very common to compare players in the league. NBA fans always wonder how the greats of one generation match up against another. However, it is not usually that simple. Modern basketball styles and rules have changed over the years. The pace, possession, and transition speed, as well as rules, have changed over time. Therefore, it is difficult to judge players, especially those from different eras and positions.

Steph has revolutionized NBA basketball. The three-pointer increased dramatically in frequency and was considered a solid offensive strategy. However, the chances of making a three-pointer are far fewer than making an open dunk from beneath the rim. Fundamentally speaking, both require very different skillsets and playstyles.

Shaquille O’Neal played in an era where the three-pointer was infrequently used. Therefore, his playstyle suited his era. People could feed the ball to Shaq and watch him dunk on almost anybody. However, he had a weakness. This weakness sets both these players apart in many levels.

Hack- a -Shaq would never work on Steph

The coaches and players created a strategy to combat Shaq during his prime in the league. There was no defensive play to run against him. Therefore the coaches implemented a strategy called Hack-a-Shaq. The strategy involved fouling Shaq and “hacking at him”, so that he would be fouled and forced to shoot free throws.

This would never work with Stephen Curry. Curry is simply one of the greatest shooters in the world. He has been shooting 92.3% from the free-throw line his whole career. If one were to foul him shooting a three-pointer, it would be effortless for him to earn them at the free-throw line.

In fact fouling him as he shoots a three-pointer, especially one that was never going in, would only give Curry an easier way to make his shots, completely uncontested. Therefore, Steph can be considered as dominant as Shaq from the three-point line.

Finally one should also remember that Shaq barely shot enough threes during his career. Therefore, he really cannot be qualified as a bad three-point shooter. In fact, he modeled his game after Steph as seen in the video. Shaq playing in the modern era or Curry in the previous era, are simply hypotheticals. Both players would be undisputedly dominant in their own rights and change the game for future generations.