The Utah Jazz Gave Luka Doncic the Easiest Path to the Next Round, Unlike The LA Clippers 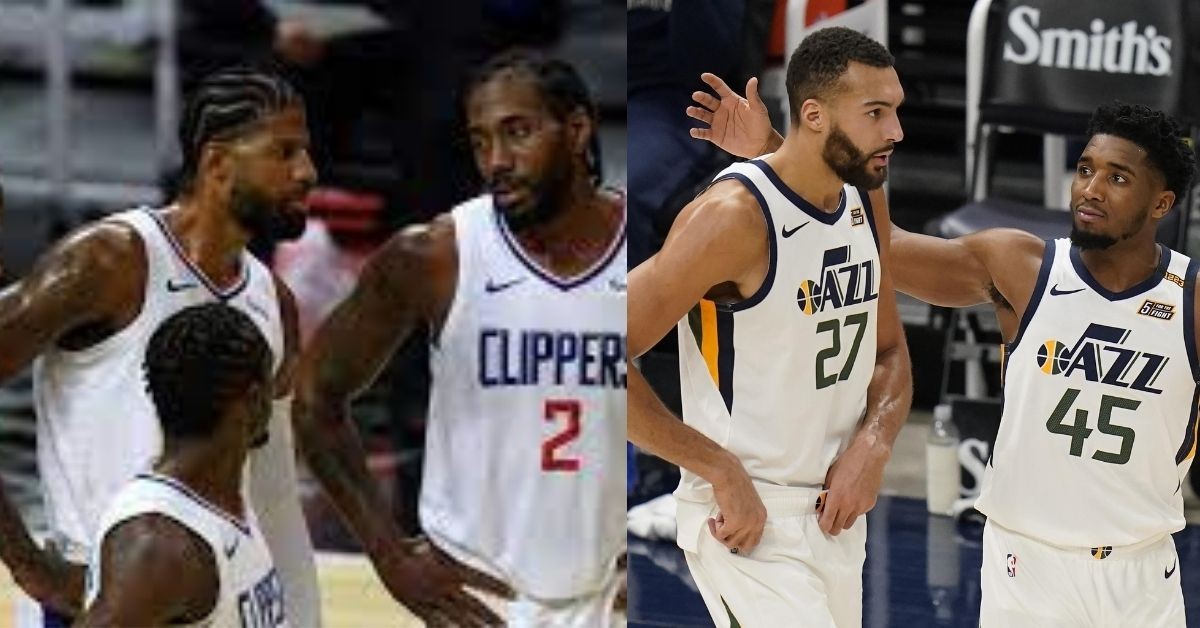 The Utah Jazz has been a team of recent disappointments. They have underachieved in the postseason, despite a good regular-season record. The Jazz was eliminated by the LA Clippers last year. The Dallas Mavericks eliminated them this year. They were matched up as the 4th and 5th seeds of the Western Conference. Additionally, the Mavericks had traded Kristaps Porzingas this season. However, the Mavs defeated the Jazz in 6 games.

Luka Doncic is a transcendental young talent in the NBA. Additionally, he has carried the Dallas Mavericks to a good seeding in the previous postseasons. However, in the last 2 postseasons, the LA Clippers, with Kawhi Leonard and Paul George managed to eliminate him and move on. Therefore, Luka has never made it past the first round.

The LA Clippers lost both Kawhi and Paul George to injuries for these playoffs. Therefore, they fell short in the play-in tournament of the Western Conference. Donovan Mitchell and Rudy Gobert were outplayed by a younger Luka Doncic. This was the same team that went to 7 games against the Denver Nuggets and lost by a single possession. That Nuggets team, with Murray and Jokic, made it to the Western Conference Finals. They should have been able to do away with a lone superstar led team like the Dallas Mavericks

The Utah Jazz managed to blow this series. They lost back-to-back games in this series. Moreover, these were pivotal games 5 and 6. The Jazz allowed Jalen Brunson and other roleplayers to outplay them. With the addition of Luka, they ended this series and have advanced to the next round.

The Dallas Mavericks will now face the Phoenix Suns. Devin Booker has been injured in the first round. His hamstring injury may compromise him for the next series. This is Luka Doncic’s best chance to eliminate the defending conference champions Phoenix Suns. The Jazz series has now given him the confidence and a first-ever playoff win. There is now another contender in the  Western Conference who has entered the big stages. Will Luka manage to carry his team past the Suns with this new momentum?. We will soon find out.