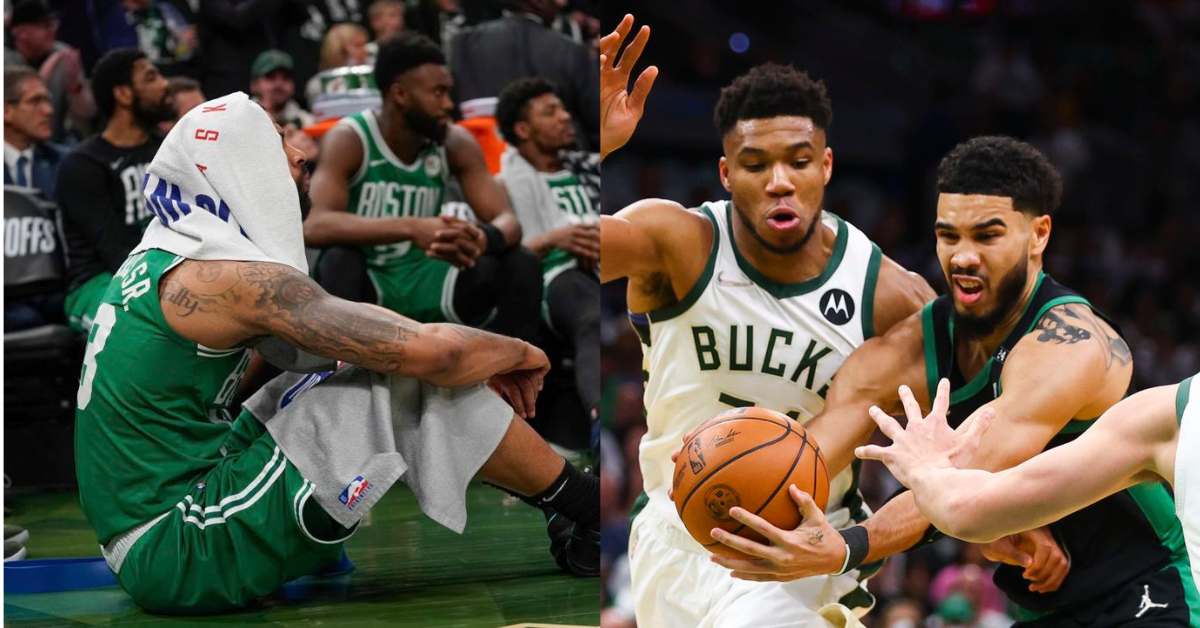 The conference semi-finals commenced with game 1 of the Boston Celtics vs Milwaukee Bucks series. The defending champions taking on one of the best teams in the East. Even though the Bucks have been the better team, they were coming into this series without their 2nd best player in Khris Middleton. The game was also being played in Boston. Meaning Boston had all the advantages but not the drive to capitalize on them.

As a team, Boston shot just 28/84 shots. Their percentage was just 33.3% from the field. 7 of the players in the rotation shot in the mid to low 30s in field goal %. Jayson Tatum, Jaylen Brown, and Marcus Smart combined for 13 made shots out of 42 attempts. Tatum led in scoring with just 21.

The most awful part was that Giannis was struggling in scoring and was in foul trouble. All Boston had to do was make smart shots. Yet that was the one thing that they never got right. The Boston Celtics have the 7th best offense in the league yet it was ineffective against the crippled Milwaukee team.

The Milwaukee Bucks vs Boston Celtics game was just a defensive masterpiece. Both teams struggled offensively but the team that played better defense won. Milwaukee forced 18 turnovers from the Boston Celtics. That came as a result of 11 steals. The Bucks scored 27 points off turnovers. For context, the Celtics lost by just 12 points.

Limiting turnovers and being smarter when in possession would have changed the entire flow of the game. Jrue Holiday and Grayson Allen had 3 steals each but were a pest throughout the game. Marcus Smart also was injured for some time in the game. Without the DPOY, Boston could not even compete.

One of the few things that went right for the Boston Celtics tonight was their 3-point shooting. But they were too dependent on it. The Boston Celtics made 6 more 3-pointers than Milwaukee. However, they were forcing the shots leading to more makes. Out of the 84 shots attempted by Boston, 50 of them came from the 3-point arc.

If they would’ve focused on high percentage shots they could’ve cut down the lead easily. However, it was apparent that the stress of being down made them take those shots. Better coaching could’ve avoided that.

Will Boston be able to learn from their mistakes or will this be the case for the whole series?