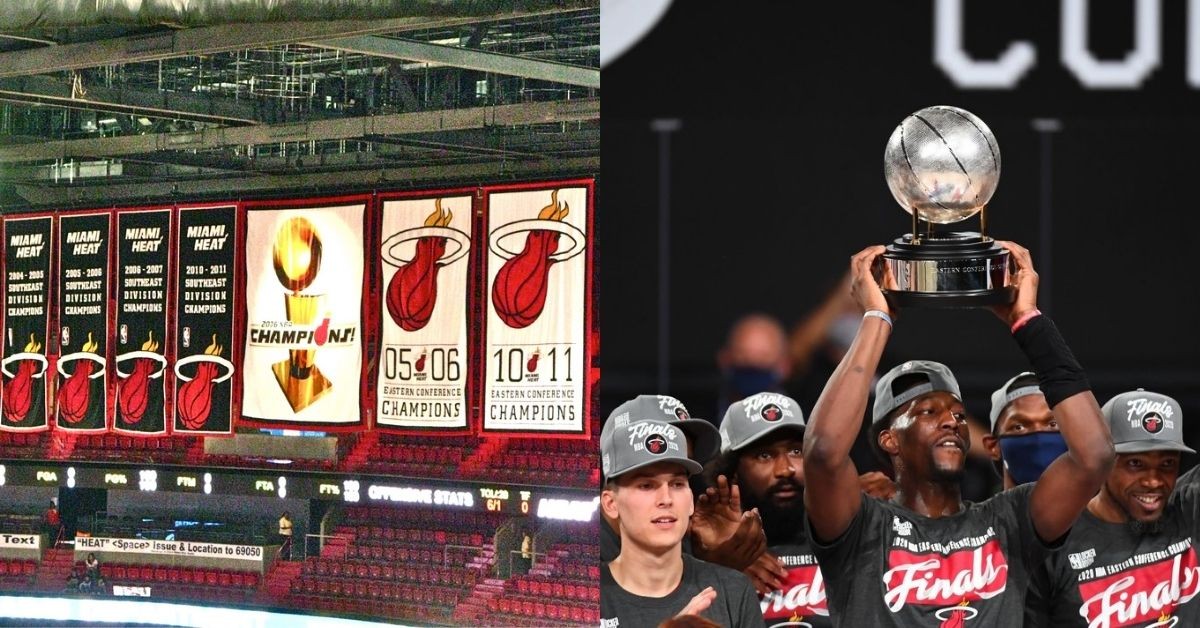 The Miami Heat just beat the Boston Celtics in game 2 of the Eastern Conference Finals and are now just 6 wins away from potentially winning an NBA title. They are the only number 1 seed still in the NBA playoffs and deservedly so. But how realistic are their title aspirations even now?

This franchise has been in the league for only 34 seasons and has made the NBA playoffs in 23 of those years. They are also one of the handful of teams that have won multiple NBA titles and are looking to add to that list. Miami fans have waited since LeBron left to get back to this position and the fans are thirsty for it. The Heat have the 4th best attendance in the league.

Defense wins titles: The Miami culture screams out the defense. A team is full of players that play with a chip on the shoulder and leave everything on the court. The Miami Heat had the 5th best defensive efficiency rating in the NBA in the regular season.

In the playoffs, they have the best net rating of +7.5. Out of the teams that are still in the NBA playoffs, Miami has the best opponent turnover percentage. Bam Adebayo made the all-defensive 2nd team this season. In Game 3 of the Eastern Conference finals, Miami finished with 19 steals whereas Boston finished with just 2.

Jimmy ‘G Buckets’: Jimmy Butler joined the Miami Heat in the 2019-20 NBA season. In his first season, he led them to the NBA finals. And this season he’s playing much better than that day. Jimmy led the Heat in scoring with 21 points per game in the regular season.

Jimmy Butler has zero 40 point games during the regular season with the Heat, but five during the playoffs. Butler is on a mission 🔥 pic.twitter.com/OqsVJdWOIm

A team as deep as the Pacific: Team Depth trumps all in the NBA playoffs and Miami got the boatload. In the regular season, Miami had almost 8 players that averaged double-digit points per game. They also have the winner of the 6th Man of the Year award, Tyler Herro. In the playoffs, the Heat are averaging 35 points per game.

Having a team that is strong even when the starters are out is a recipe for success. These things will help the Miami Heat win the chip.