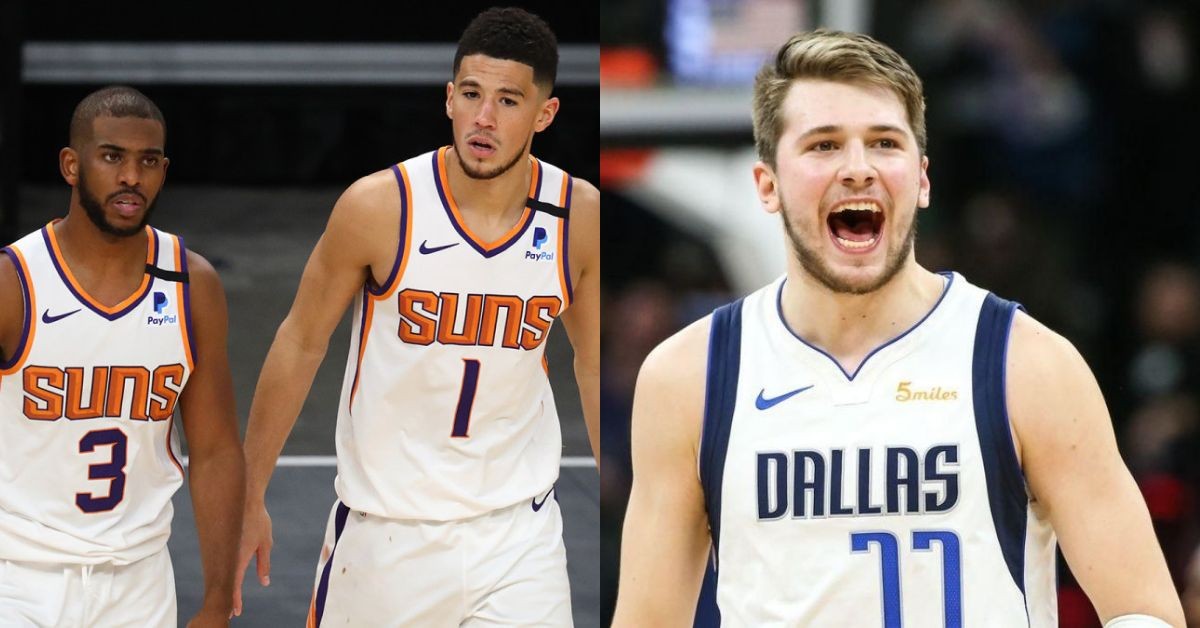 Devin Booker, Chris Paul, and the Phoenix Suns had a 2-0 lead on the Dallas Mavericks. There was news that Luka was feeling sick It was at this time that they imitated a less known infamous LeBron James and D-wade moment.

Luka Doncic and the Mavericks managed to rally at home. They won both games 3 and 4. By doing so they evened the series up at 2-2. What did Booker and cp3 imitate? How did it work out for LeBron when he did the same?

It was the year 2011. LeBron had joined the Miami Heat to win an NBA championship. Bron D-wade and Bosh formed a big three in Miami. This team defeated the Eastern Conference. They made the NBA Finals, where they faced Dirk Nowitzki and the Dallas Mavericks.

Dirk was the lone superstar who carried his team to the finals. Therefore, the Mavericks were considered the clear underdogs, and LeBron James was expected to win his first championship.

The series began and Miami had the lead. However, apparently, Dirk was feeling unwell and had a cough. Later LeBron and Dwade imitated the cough on the way out of the arena. However, this taunt did not bode well for them.

The Miami Heat then lost 3 straight games to the Dallas Mavericks. D-wade and especially LeBron underperformed for the series and blew a chance to win a title.

In the 2011 Finals, LeBron and Wade laughed at Dirk for being sick…only to end up losing the series to the Mavs.

History seems to have repeated itself.  Dbook and Cp3 took the chance to mock Luka and have now lost 2 games in a row. Luka Doncic and the Mavericks were left for dead after the Suns took a 2-0 lead. However, they are now full of life as the series is even at 2-2.

One cannot argue with a person’s sense of humor or personality. Therefore, there is really nothing wrong with what Booker or LeBron did. However, it is a sad state to be in if you mock the talented opponent and end up losing a surefire lead.