Will Shaquille O’Neal’s Prediction About Heat vs 76ers Hold After Joel Embiid’s Return? 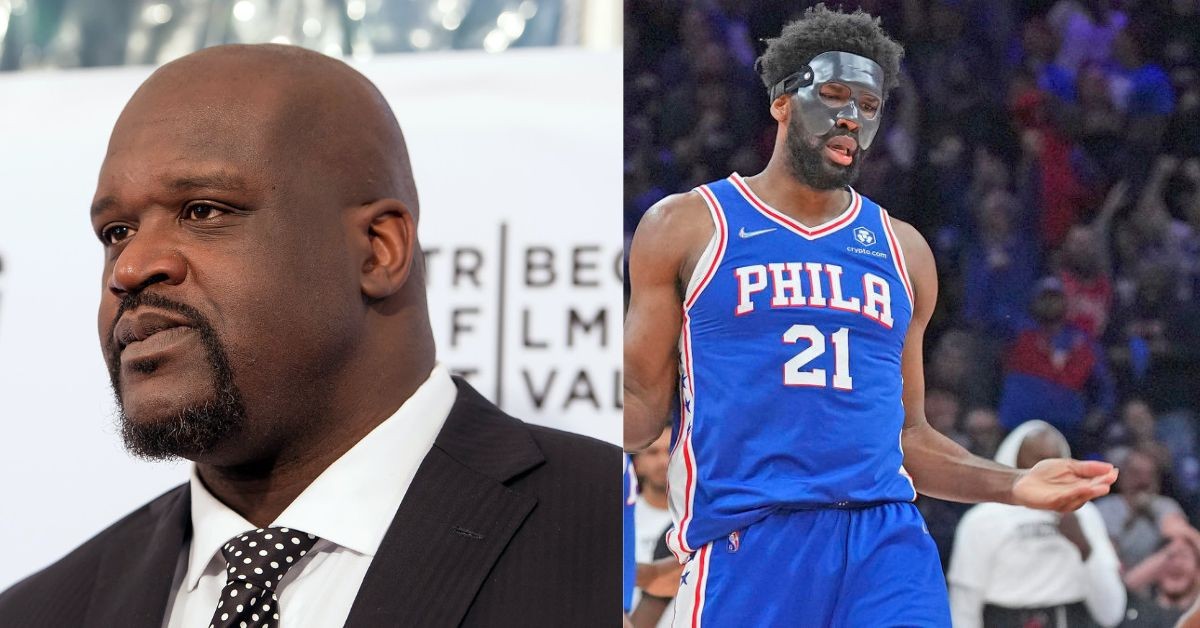 Shaquille O’Neal revealed his prediction for the Miami Heat and Philadelphia 76ers on the latest episode of his podcast. Both teams face off for the second round in the Eastern Conference. However, Joel Embiid has returned sooner than expected. This is despite suffering a potential orbital fracture in the previous series.

Shaq had a prediction for who will win.  Additionally, will this prediction prove to be incorrect with the return of the potential MVP candidate to secure a win in game 3?. Here’s O’Neal’s prediction.

Shaquille O’Neal believes the Miami Heat will win the series

The Miami Heat have been the most dominant team in the Eastern Conference this season. Jimmy Butler, Kyle Lowry, Tyler Herro, and Bam Adebayo helped the Heat finish the season with a 53-29 record. Additionally, they proved their toughness and eliminated the Atlanta Hawks within 5 games.

James Harden, Joel Embiid, and the Philadelphia 76ers struggled in the first round. They were even considered by a few to be the next Shaq and Kobe.

Shaq responds to those comparing Joel Embiid and James Harden to him and Kobe:

(via The Big Podcast with Shaq) pic.twitter.com/xbTZiYc3Kq

They had a 3-0 lead on the Toronto Raptors. However, they were on the verge of blowing it after they lost both games 4 and 5. Joel was injured in game 6 and missed two games of the next round series.

Shaq was asked what he believed was wrong with Harden. The Beard has been having a subpar postseason so far and seems to struggle. Here’s what O’Neal had to say,

“I try not to speculate… but hopefully…how old is he ? is he 34… cuz like I was around that age when I just woke up one day and it was all gone..all of it.”

Shaq also stated that he believed the 76ers were done since James was clearly not stepping up in the absence of Embiid. Additionally, the Miami Heat had a 2-0 lead on the Philadelphia 76ers. Shaq was under the assumption that a potential sweep was possible.

Joel Embiid recovered from the hard elbow Pascal Siakkam gave him during the final minutes of game 6. He did so in only 2 games or less than a week. A feat of willpower and commitment. He helped the 76ers win game 3 with 18 points and 11 rebounds. Hopefully, he will be much more ready for game 4.