The Milwaukee Bucks are in a dire situation. The two-time MVP and former defensive player of the year Giannis Antetokounmpo or the Greek Freak went down with a  hyperextended knee. To make matters worse The injury occurred in a pivotal game 4 of the Eastern Conference Finals against the Atlanta Hawks.

Injuries have plagued this season and several championship favorites have been eliminated from contention.

Giannis Antetokounmpo has been what makes the Milwaukee Bucks a top contender in the East in the past postseason. Additionally, it is interesting to note that the teams that defeat Giannis always make the finals in the postseason. However, He has simply been limited and contained by a team. He is still almost always the best player on the basketball court. Therefore, losing him is absolutely devastating for the Milwaukee Bucks

How far can the Milwaukee Bucks go without Giannis Antetokounmpo?

The Milwaukee Bucks relied Heavily on the Greek Freak. Giannis averaged 28.2 PTS, 12 RBD, and 5 AST in this postseason. Additionally, he also shot 55% from the field and 62% of his two-pointers. He is simply dominant on the basketball court. The Greek Freak also helped the Bucks on the defensive end. He is the best defensive player the Milwaukee Bucks possess. Additionally, he also makes several offensive plays for the Bucks. This is because Giannis generates so much pressure with his mere presence. His size and range make him appear to be an absolute human cheat code. He also sets screens and engages in pick-and-roll action to help the Bucks.

Giannis’s injury was first rumored to be an ACL strain. He landed hard on his knee while contesting an alley-oop dunk for Clint Capella. 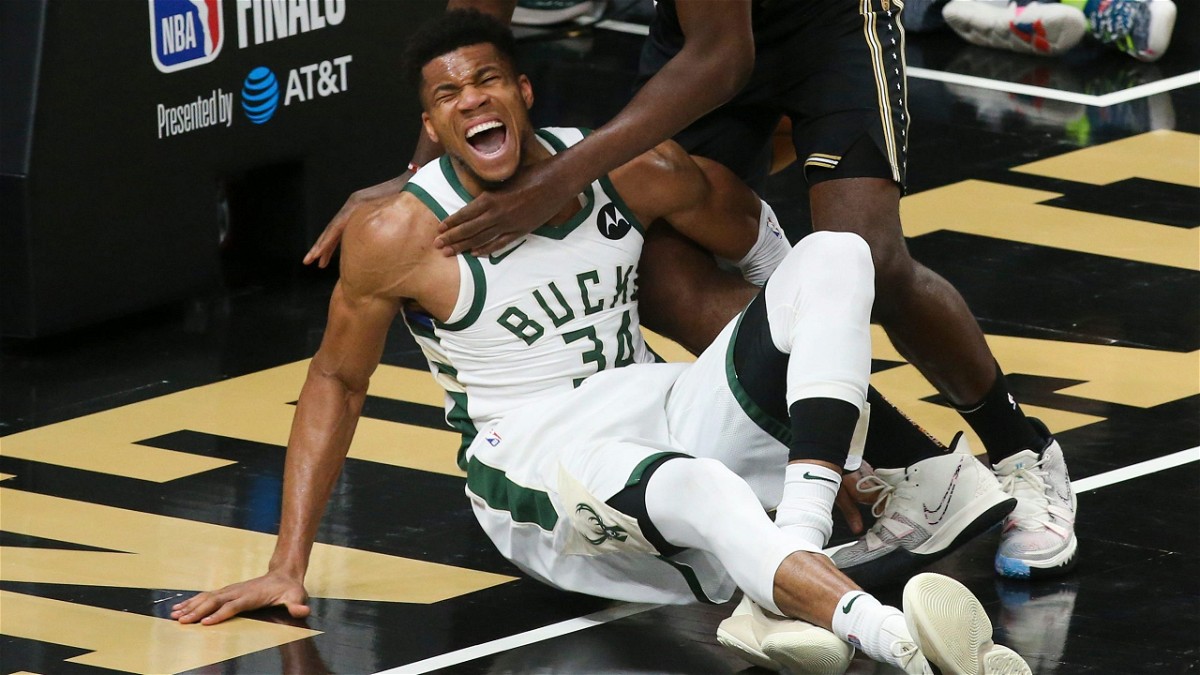 There is no structural damage to Giannis Antetokounmpo's left knee after his awkward landing last night in Atlanta; ligaments are sound, sources tell @ZachLowe_NBA and me. Timetable to return is unclear.

Atlanta Hawks superstar Trae Young was also injured with a bone bruise This season has had more than 10 all-star players getting injured. Additionally, this is a league record with the previous record being 6 injuries.

The Milwaukee Bucks still have a solid team without Giannis Anteotkounmpo. They will have a homecourt advantage for game 5. Additionally, they will also have a homecourt advantage for a potential game 7. Therefore it is not the end of the world for the Milwaukee Bucks. Giannis Antetokounmpo has been listed as doubtful for game 5. Hopefully, he will play in games 6 and 7. The Bucks can still beat the Atlanta Hawks. Additionally, Trae young might not come back at full speed. The Milwaukee Bucks need to prove their capability and win game 5. This will take the additional pressure off Giannis from rushing back to the basketball court. Giannis needs to be at full strength in order for the Milwaukee Bucks to win the NBA Finals.