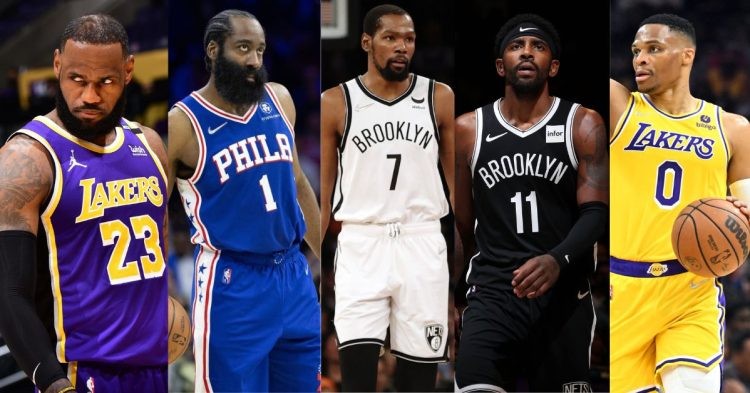 The billionaire status is something everyone hopes to achieve one day. Many have it, but for NBA players to attain it is truly something special. That is because they mainly focus on playing, and not looking to maximize their wealth at every chance they get. If an NBA player still becomes a billionaire despite focusing on just basketball, that means they have been extremely smart with their investments. One such player is the great LeBron James.

Forbes estimates that LeBron James has officially become a billionaire. The 37-year-old superstar has a net worth of $1 billion, by Forbes’ count. James is the first active NBA player to make the billionaires list. https://t.co/oEDpDlAVCx pic.twitter.com/DIUwZsADIq

LeBron became the first active NBA player to become a billionaire. Let’s be honest, we saw this coming. However, how he managed to do it is what makes it more interesting. He has racked up about $385 million just from NBA salary.

The teams he has played for are the Cleveland Cavaliers, Miami Heat & LA Lakers. Adding on, the earnings from investments are adding up to more than $900 million, making his net worth well over a billion. We know that he is the first player in this era to touch the milestone, but who are the players who could achieve the same feat in the coming years?

James Harden is one of the highest-paid NBA players. His net worth is expected to be $165 million. The Philadelphia 76ers signed him on a $68 million contract for a two-year deal. Moreover, Harden has made more than $250 million in his whole career. If that wasn’t enough, he has multiple successful brand deals. Adidas signed him to a 13-year deal that is worth about $200m.

James Harden could one day be a billionaire.

James has the biggest deal with Adidas behind only Lionel Messi. In addition to that, Harden also has stakes in soccer teams such as Houston Dynamo and Houston Dash which he sold at a profit after keeping a percentage of it. The main boost he got was when he invested $60m in BodyArmor, a sports drink brand. A few years later, Coca-Cola bought the brand for about $8 billion, giving The Beard a profit exceeding 4000%.

Kevin Durant has been in the NBA for as long as we can remember. Every contract he has signed has been expensive. That has led his NBA earnings to be roughly $350 million. Not bad right? That’s not all, he makes even more off the court.

Kevin Durant is almost a billionaire 👀

After investing in companies like Coinbase, Whoop, and Postmates, KD is surely on the way to becoming a billionaire. Coinbase had an IPO that reported it to be at $100B, meaning KD made $61m from it. Apart from that, KD signed a contract with Nike in 2014. Reports mention that the 10-year contract is valued at $280m, meaning Durant has done well for himself.

The Golden State Warriors pay Steph Curry quite well. He is the highest-paid player in the NBA, earning more than $53m a year. To put that into perspective, Steph makes half a million dollars every time he steps onto the court for the Warriors.

He earns over $90M a year and is building an empire off the court.

THREAD: Curry’s 5 best investments
(and why Nike passed on him) pic.twitter.com/emtwgGEyLm

Adding on to that, Curry has deals with Under Armour that sees him getting roughly $40 million a year while owning a percentage of the company as well. Steph also owns his production company which has a deal with Sony Pictures Entertainment.

Russell Westbrook could join Lakers teammate LeBron on the list

Russell Westbrook‘s net worth is expected to be about $170 million. He signed a 5-year deal with Oklahoma City Thunder that was worth almost $207 million. He has earned more than $300 million throughout his career as a salary.

His endorsements make sure he earns $26 million a year. Adding on to that, Russ is also a Jordan athlete, the highest-paid one when he signed with them. He could be a billionaire in the future with how his investments are going. He holds stakes in companies like Varo Bank, Triller, and many more.

Another former Cavaliers player could become a billionaire; Kyrie Irving

Kyrie‘s net worth is $90 million. He has deals with huge companies such as Nike, Footlocker, and 2K Sports. Nike pays him $5-10 million per annum, with his signature shoe deal making sure he gets a good cut. The Nets star has earned about $230 million in his NBA career, with multiple teams.

Like Andrew Petcash said on his Twitter page, Kyrie is truly an “underrated investor”. Although his net worth may seem too low to be hitting the billion mark soon, the companies he is involved with are fast-growing. That means Kyrie’s wealth could multiply at any time.