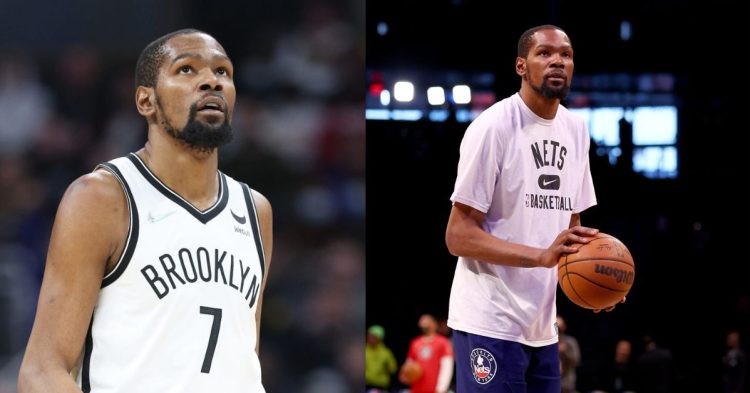 Kevin Durant submitted a trade request to the Brooklyn Nets a few weeks ago and it caused mayhem in the NBA. His decision was even called a “scare tactic” by popular TV personality Kendrick Perkins. What made KD’s decision interesting was that he decided it was time for him to go after Kyrie Irving chose to stay. NBA Commissioner even spoke out on the situation and said, “we don’t like to see players requesting trades”.

Many teams will be looking to acquire Durant’s services. He is not an ordinary player. The accolades he has won throughout his career in the NBA speak for themselves. However, there are a few teams that can’t go for Kevin Durant in the trade market. Let’s look at the teams and the reasons why they will not be able to sign KD.

Would the Chicago Bulls be willing to give the Nets their young star Zach LaVine to get Kevin Durant?

The Bulls are one of the teams that have been rumored to be interested in the Nets star. The main reason is the fact that they simply do not have enough to go for Kevin Durant. It would take a lot to convince Brooklyn, which the Bulls may not be willing to give. Their roster includes the names of talented players such as Zach LaVine. But will they offer him to the Nets, especially after they offered him a huge contract?

The Dallas Mavs will for sure try to go for KD. We can be sure that they will try to include any player in a trade except Luka Doncic. However, will that be also a problem for them? They have a talented team to lure the Nets, which we realized in the recent seasons.

But what they don’t have is any draft picks to send to Brooklyn. That’s if the Nets say that they are not interested in any Mavs player apart from Luka. The point we have to note is that they have an outgoing round 1 pick to the New York Knicks.

LeBron James and the LA Lakers looking to be Champs again

This is where it gets interesting. The Lakers have been in the market to ship Russell Westbrook out. His move clearly hasn’t worked out for both parties. However, can they go for Kevin Durant to try and make the team champions once again?

There are a number of reasons why a KD trade won’t work out for the Lakers. One would be that the Lakers are already in the headlines for so many issues off the court. One of them includes Russ and LeBron James distanced themselves at a Summer League game. Would they want KD to add on to that?

Would Kevin Durant go to Washington Wizards to play with Bradley Beal?

The Wizards would love KD on their team, but do they have the team to convince him to join? Or even convince the Nets to go for a trade? On top of that, they have their financial issues. They recently gave a $250 million contract to Bradley Beal, who is the only player that can tempt the Nets. Moreover, I think KD would not want to go to Washington when he is looking to win a ring at this point, and that is quite unlikely to happen with the Wizards.

Coming to the Thunder, would KD want to opt for a LeBron route and play for a team that introduced him to the league? Well, we have an answer. He will say no to OKC.

KD said it himself that he doesn’t trust OKC and the organization as a whole. Although they have the resources to provide him with a championship contending team, I think he will still refuse to go to OKC. He said, “I don’t trust nobody there. That shit must have been fake, what they was doing. The organization, the GM, I ain’t talked to none of these people, even had a nice exchange with these people, since I left.”

The Phoenix Suns recently offered one of their main players a new contract. That was Deandre Ayton. However, that also means bad news for the Brooklyn Nets and Kevin Durant. The contract was worth more than $130 million. The new contract for Ayton would mean that the Suns will not be able to offer him to the Nets for Kevin Durant.