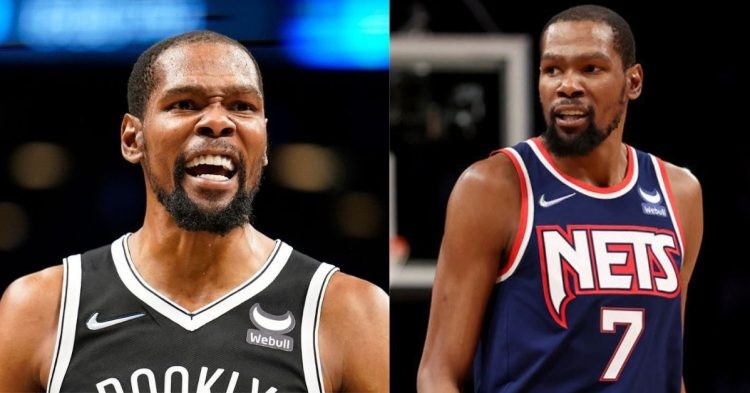 Kevin Durant’s unexpected trade request puts us all in shock. His decision was surprising to every NBA fan. It was just like his Warriors departure, where he left a championship contending team.

However, there are a number of teams that are looking to secure his signature. Although there are teams that will not go for him, let’s look at the 5 NBA teams that really need KD to play for them.

A reunion with the Golden State Warriors and Steph Curry?

The Golden State Warriors enjoyed their most successful period with Durant on the team. He was part of a team that included Steph, Klay Thompson, and Draymond Green. These stars started the build of a dynasty that wasn’t going to end soon. However, the Warriors have won the title again this year. We can argue by saying that they do not need KD, especially after how he left.

The team struggled many times this season without stability, which Durant can bring to the team. Moreover, there have been reports of the Warriors stars being ready to welcome Kevin Durant again to the team. The Warriors can offer the Nets Andrew Wiggins or Jordan Poole, who are the best young talents the Nets can get from GSW’s roster.

We know that Dame is ready to have KD at Portland. He even posted an edited picture of him and KD in the Trail Blazers jersey. The picture was later deleted but Twitter users were quick to get a glimpse of it. What makes it interesting was that he did it even before reports mentioned that Durant wanted to leave Brooklyn.

The Trail Blazers have had disappointing seasons in the NBA for the past few years now. Maybe it’s about time they work towards changing that and decide to give Dame a world-class teammate to play with. They could decide to offer the Nets Josh Hart and Nassir Little for Kevin Durant.

We can say that the Nuggets have KD’s regen in Michael Porter Jr. However, the 24-year-old has struggled to stay fit and is constantly missing games. In my opinion, they really need to give Jokic some help to become a powerhouse. If that means getting KD while giving away young players like Michael, then that’s a bet the Nuggets should take.

Philadelphia 76ers can go for the title with Kevin Durant, Joel Embiid, and James Harden

The 76ers were defeated in the Conference Semifinals by the Miami Heat this season. Although many would disagree, KD might be the missing piece. The Sixers already have James Harden and Joel Embiid. With Durant, they could have an NBA superstar in almost every position. With Harden’s decision to take a pay cut, the Sixers have more financial freedom to go and get Kevin Durant with Tobias Harris or Tyrese Maxey involved in the deal.

Can the Miami Heat convince Brooklyn Nets with a couple first-round picks?

Recent reports mention that one of KD’s most sought destinations would be the Miami Heat. This makes things better for Heat as they only have the Nets board left to convince now. They could offer Jimmy Butler and Duncan Robinson to get KD. If this happens, a team with Kyle Lowry, Tyler Herro, and Bam Adebayo would be a sight to watch, even if they lose Butler to the Nets.