Are Kevin Durant and Stephen Curry Friends in Real Life? 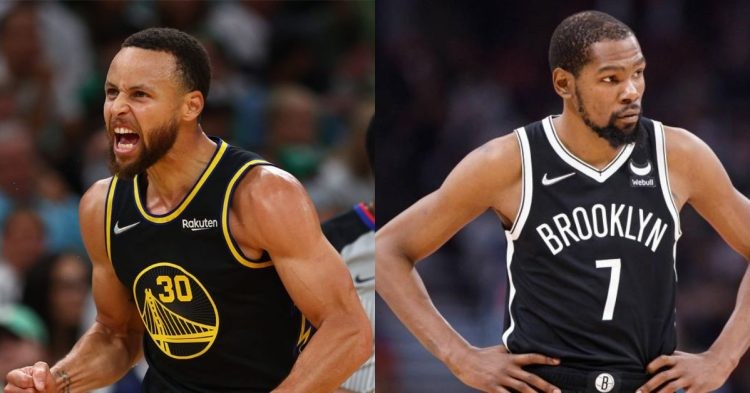 Kevin Durant and Stephen Curry won back-to-back NBA titles with the Golden State Warriors. This was against LeBron James and the Cleveland Cavaliers in 2017 and 2018. Reports say that Curry, who spent his career with GSW was instrumental in Kevin Durant coming to the Warriors.

Some reports suggest it was Draymond Green, while others seem to imply a group effort recruiting to KD. It is clear that there were several good business reasons behind going after Durant. However, one must wonder whether Steph was his friend beyond the basketball court.

Stephen Curry and Kevin Durant definitely respect each other

It is important to remember that several NBA players know each other from high school, college, basketball camp, or some other medium. Obviously, international players or low draft prospects do not necessarily need to know each other prior to joining the league.

KD and Steph knew each other even before joining the NBA. However, that alone does not necessarily mean they were friends at some point. Additionally, they weren’t even teenagers at the time they first met on opposing teams. Each one clearly acknowledged the other’s ability and may have even admired the same.

These events make it quite difficult to settle the issue of whether the two of them are friends. This is also because both these players have reasons to believe they alone are the “top dog” of the team. Additionally, this could also create a rift between them as it is quite difficult to choose one over the other at this point in time.

Therefore, the evidence indicates that the two of them admire and respect each other. One could even go far enough to say both of them like each other. However, just because LeBron James likes and respects Giannis Antetokounmpo does not mean they are friends in the slightest. It is a somewhat similar case for Steph and KD.