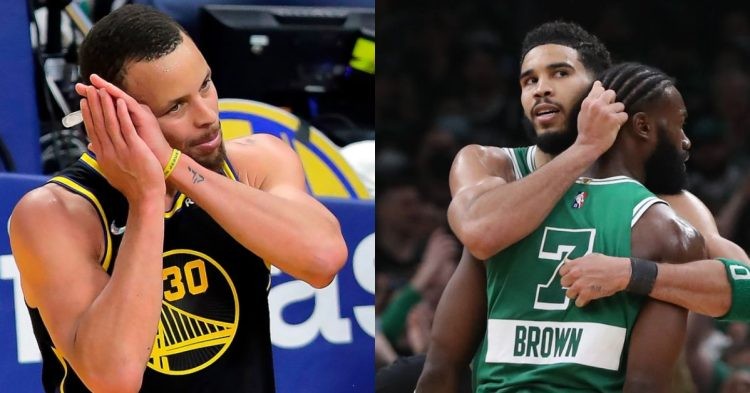 We are all familiar with the displays of greatness by Stephen Curry and the Golden State Warriors. They can be considered the most successful franchise of this modern era. Their success and championship reign began in 2015. Since then, the Warriors have won the NBA title 4 times.

3 of these NBA titles came by defeating LeBron James and the Cleveland Cavaliers. Now the 4th title through the Boston Celtics. Since Steph has been to the NBA Finals many times in his career, it begs the question of which performance has been the best.

There are certainly many games where Steph has shone. We should wonder if Game 4 of the 2022 NBA Finals has a case to be the best Finals game for the Warriors star. It is important to recall the context behind this game and why it is held up there with the best games we have seen so far.

Stephen Curry should have lost Game 4 of the NBA Finals

No one knows the future until they get there. As the 2022 NBA playoffs were going on, we were all stunned to see the Boston Celtics greatly exceed expectations. They eliminated both Kevin Durant and Giannis Antetokounmpo. NBA analysts widely consider one of these two players to currently be the best on the planet.

Thus, when Jayson Tatum and the Boston Celtics managed to eliminate both these superstars, this led to the Celtics being favored against the Golden State Warriors for the NBA Finals. Moreover, Boston managed to steal Game 1 on the road against the Warriors.

This would mean they had an advantage going back home with the series tied 1-1 for Game 3. In that game, the Celtics defeated the Warriors to take a 2-1 lead in the series with Game 4 still in Boston. Furthermore, Steph suffered an injury as players dived for a loose ball in Game 3.  Heading into Game 4, Curry was injured, playing on the road, and had the pressure of going down 3-1 in the series. He fought tooth and nail to help his team steal Game 4 from the Celtics and level the series. The 4X NBA champion scored 43 points and had 10 rebounds in this high-stakes Game 4. We all know how the series went from there.GSW went on to win the next 2 games and the title. But it all began with the massive Game 4 comeback in Boston.
Tags: NBAStephen Curry
Previous Post