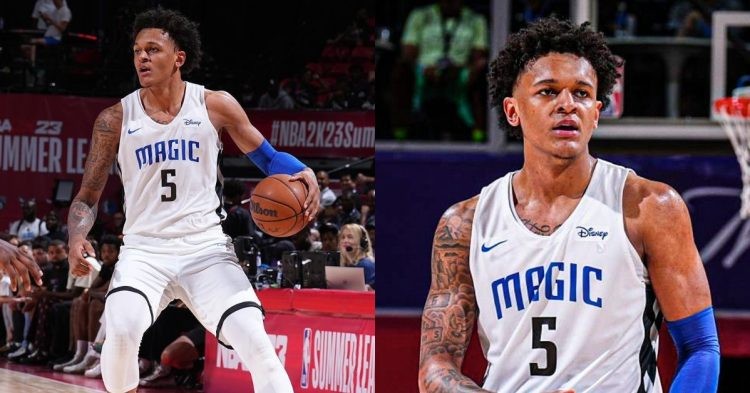 The 2022 NBA Draft did not disappoint us at all. There were many talents on show, such as Keegan Murray, Chet Holmgren, Jabari Smith Jr, and Jaden Ivey. One player to come out on top would be forward Paolo Banchero. The Orlando Magic acquired him at the No.1 pick in this year’s draft.

His pick number may not come as a surprise to NBA fans. We all knew that Paolo was a top talent coming to the league even when he was just a college player. His numbers do not disappoint and it seems like the Magic had the future on their minds when they chose to for the youngster.

In college, Banchero averaged 17.2 points, 7.8 rebounds, and 3.2 assists. Those numbers are not something you get to see every day. If that wasn’t enough, he brought the same level of performance to the 2022 Summer League too. In two games, he averaged 20 points, six assists, and five rebounds. Magic’s head coach Jamahl Mosley decided he saw enough before giving chances to other young players.

The point guard, Cole Anthony spoke to ESPN about his new teammate. He said, “I’ve been in the gym with [Banchero] a little bit already, seeing him out here, just doing what he does. He’s going to help us a lot. And now I feel like we can really start building something”.

Anthony is a point guard who was the leader in points and assists for the Magic in the 2021-22 season. He could use all the help he could get from Paolo. One of the young star’s biggest strengths is his ball handling. Not all power forwards can boast that they have the handles. But Paolo is an exceptional dribbler who can pull any move out of the bag at any time.

Despite being 6’10, he has the ability to go between his legs with ease. This way, he opens up some space for him to go for a drive. The former Duke knows when to pass and when to shoot. He can either choose to shoot from mid-range or go for a drive and pass to one of his teammates. The biggest advantage Paolo has will be his ability to control the pace of play during the game.

Adding on, the 20-year-old can also shoot well from deep. He had a 3-point shooting was 33.8% when he played at Duke. Although you can’t really compare the pressure that a player faces in the NBA, his numbers are still quite good considering what the Magic team needs. They have been needing a player who can hand the ball well, has excellent vision, and that shoot perfectly under pressure.

It seems like they have got their man in Paolo Banchero this year. With the right team around him, the Magic can surely move to the top to possibly with their first NBA title. In addition to that, Paolo is also expected to be the face of the franchise in the future, just like the legendary Shaquille O’Neal back in the day.