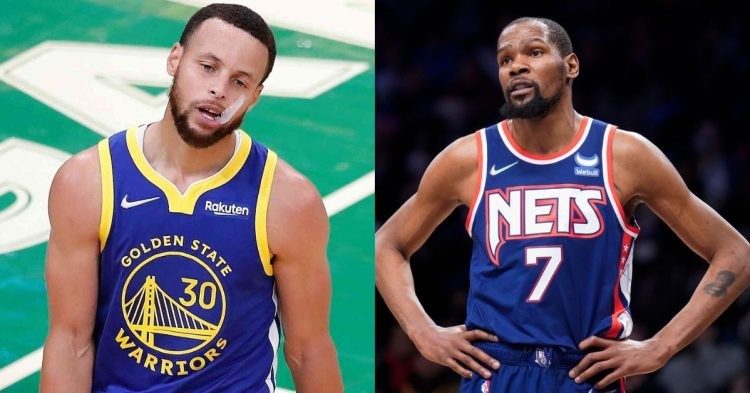 Stephen Curry and Kevin Durant are former teammates with the Golden State Warriors. KD joined GSW after the 2016 NBA Finals. He was instrumental in winning the 2017 and 2018 championships against LeBron James and the Cleveland Cavaliers. However, he decided to leave the Warriors after they lost the 2019 NBA Finals.

Durant was injured in the finals and did not play as the Warriors ended up losing in 6 games to Kawhi Leonard and the Toronto Raptors. Soon, KD decided he was not interested in extending his stay with The Dubs. This was also because he was accused of joining a strong team created by Curry and criticized after they won without him in 2022.

Both these NBA legends being on the same team negated the legacy of the other in a manner. Therefore, it is impossible to give a single player all the credit for the championships they won. With that being said, one must wonder who is the better player between the two of them.

NBA stats are the bread and butter to compare athletes. The major categories are points, rebounds, and assists. Additionally, advanced modern-day tracking allows us to view the athlete’s field goal percentage or accuracy. Given below is a comparative table for Steph and KD showing their significant stats throughout their respective careers.

The numbers speak for themselves. Steph is a better three-point shooter and free throw shooter than Durant. Additionally, he also averages more assists. He is only a tick below in overall field goal percentage. This should be no surprise, considering Durant is at least 7 inches taller.

Shooting north of 40% from the three-point line in the NBA is an otherwordly feat. Steph is one of the few players who has managed to do that throughout his career. This is his biggest argument in comparison to Kevin.

KD has Steph beat in a few categories as well. He has averaged scoring 3 more points throughout his career. Durant can also rebound the ball much better due to his large frame. Additionally, this same frame allows him to create space over defenders and score efficiently at the mid-range as well.

At the end of the day, these are two NBA legends and otherwordly talents. Their stats speak to the pure numbers. However, what stat we view helps us decide who is the better player.