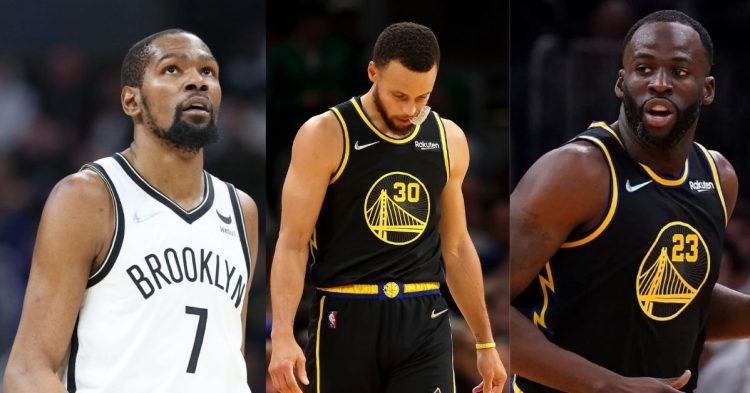 News spread like a forest fire that Kevin Durant requested a trade from the Brooklyn Nets. Quite possibly because he has been unable to win a title with them over the last 3 years. He was injured for the first year. Moreover, they have never made it past the second round. KD’s destination is unclear and rumors have emerged that he could potentially go back to Stephen Curry and the Golden State Warriors.

There are several reasons why Durant chose to leave GSW back in 2019. These are the same reasons that will also possibly prevent him from reuniting with his old team. It is important to know what those reasons are.

Curry is the cornerstone of perhaps the most successful basketball team the NBA has ever seen in modern history. He is nicknamed the “Golden Boy of the NBA” for this very reason. Durant decided to join the Golden State Warriors in order to win himself a title and establish his legacy. However, what ended up happening was that he was never given the full appreciation that comes with winning.

Steph, on the other hand, got much more of the credit and the love from his franchise. This was something KD craved since he was never beloved by the Warriors as they never drafted him in the first place. He was considered a “bus rider” and several analysts said there would always be an asterisk attached to his championships.

This was perhaps the biggest reason KD decided to leave the Warriors. Coming back to present times, he is looking for a trade that will put him in a position to win right now. The Warriors would have to sacrifice their future in terms of both young talent and draft picks in order to find a deal acceptable to match KD’s value.

Durant rejoining GSW would all but completely destroy the legacy he has shown so much care for. Therefore, this trade is the most unlikely out of all the options he has. The Phoenix Suns, Miami Heat, or even Dallas Mavericks would be preferential destinations for KD.

These franchises are all competitive and adding him would help get them over the top. However, that is exactly what several people thought about the Brooklyn Nets before they got KD and here we are 3 years later.