Watch: Lebron James Pours One Out for All the Fathers With Inspirational Video on Father’s Day 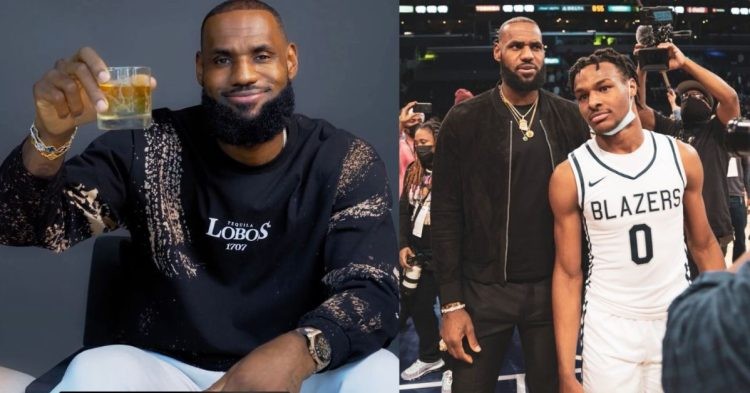 LeBron James has been one of the biggest faces the sport ever had. He has performed at the highest level for more than a decade and is still managing to put up ridiculous numbers. He recently dedicated a toast to all the fathers on Father’s Day.

LeBron mentioned that “one of the most important roles a man can play is to be a dad. I’m proud to be a dad to my two boys and daughter, and I wanna salute all the great dads out there”. His children are Bronny James, Bryce Maximus, and Zhuri James.

LeBron James inspires fathers all around the world

There is no doubt that LeBron is one hell of a dad. He has always made it clear that he is his children’s biggest fan.

For example, Bronny is an exceptional talent when it comes to basketball, just like his father. LeBron has been seen by many at Bronny’s high school games and hyping his son up. Adding on, he also passes on the love he has for his sons whenever he has a chance. Here’s a video that LeBron posted on his Instagram page.

LeBron was not able to have the guidance and support of his dad, Anthony McClelland, during his early days. His mother, Gloria James gave birth to her son when she was just 16. She did not have the support of a partner and was mainly with her mother. She never expected her son to grow up to be one of the greatest basketball players of all time.

It is really surprising to look at how far the Lakers star has come without a father figure in his life. He has claimed on multiple occasions that he wished for it but was not able to receive the affection of his father. However, he has also thanked his father for inspiring him.

In 2014, he said, “I have no idea who you are, but because of you is part of the reason who I am today. The fuel that I use—you not being there”. These strong words remind us of how he has learned a lesson from his father and carries himself to be a great one for his children.