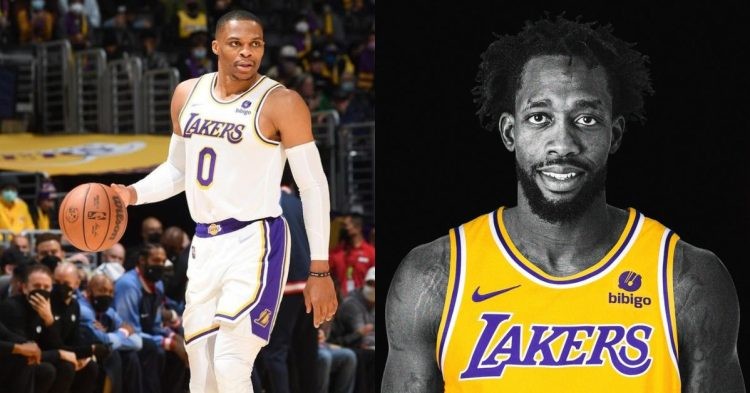 As we all know, the LA Lakers have been struggling in recent years. Their last playoff appearance was in 2020, when they won the NBA championship with LeBron James and Anthony Davis leading the team. However, it has all gone downhill since then. They have missed the playoffs twice in a row since winning the title. It has been disappointing for the fans, who have seen the franchise win 17 championships, the most in history.

This season, they have done some work in the market. The Lakers signed Patrick Beverley from the Utah Jazz. He was with the Minnesota Timberwolves initially but moved to Utah at the beginning of the offseason. Since his recent move to LA, the media has been on their edge of their seats. The reason for that would be his decade-long feud with Russell Westbrook.

Are the LA Lakers making a mistake by lining up Westbrook and Beverley together?

Russ and Pat Bev went in on each other on many occasions in the past. When the franchise first announced the signing to the world, the first thought for all of us was ‘how will they work it out?’. To win titles with your teammates, you have to been on good terms with them to understand them too.

According to recent reports, the Lakers‘ new head coach Darvin Ham will most likely pair up Russ and his once arch-nemesis on the same team.

Before we analyze whether the two players will fit in well together, let us take a look at their numbers from last season. Pat isn’t an offensive player, he averaged 9.2 points last season with Minnesota. However, he makes up for it in blocks and steals, which are 0.9 and 1.2 respectively. For Russ, he averaged 18.5 points, 7.4 rebounds and 7.1 assists.

It may not be ideal to compare the two players’ stats since they both fill in a different role on the team. However, the problem appears when it comes to shooting. The Lakers have one of the greatest players to have ever graced the game. But what they do not have is a 3-point shooter who can get the get going from deep.

Russ’ three point percentage was just 29.8 for the 2021-22 season. As a comparison to Bev’s, who made 34.4% of his three pointers in the NBA. As for the other players on the team, LeBron’s was 35.9% and AD had 18.6, which isn’t a problem considering his position. The problem for the Lakers now is that they do not have a shooter on their roster. Popular TV personality and sportswriter Brian Windhorst thinks the same too.

He said, “I just don’t believe the Lakers think that this is going to work. I think they’re saying that to keep a stiff upper lip. They’re trying to make the best out of this because they know they don’t have any Russell Westbrook trade that makes sense for them right now. So they’re going to try to make it work.”

.@WindhorstESPN is not sold on the Russ and Pat Bev tandem in LA.

“This duo doesn’t make any sense on a basketball level.” pic.twitter.com/EaXprgnECR

There is a chance that the Lakers may not be able to taste success with Russ and Beverley on the same team. But I fear it may be too late now for them to search in the market for a world-class player. Without one, it will be tough for LeBron and AD to take the LA Lakers back to the top again.