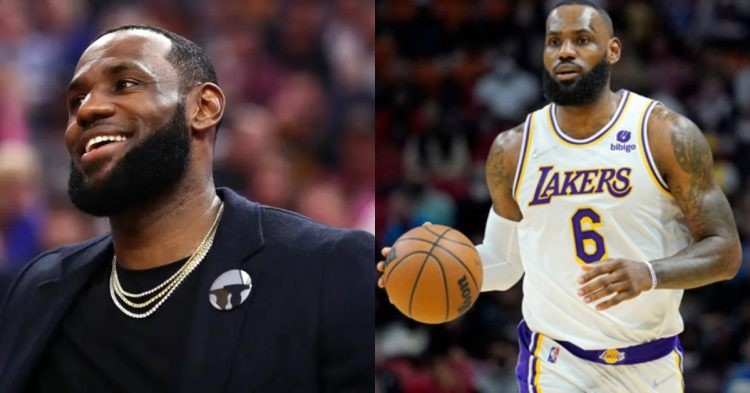 LeBron James has just signed his contract extension with the Los Angeles Lakers. He will make $ 97.1 million and add to his net worth of $1.1 billion. The NBA is where the King has made around half his overall earnings. He is a star player and has always been treated like one wherever he has gone.

Despite having such a massive fortune, it is likely the 4x NBA champion did not need to collect his full paycheck. Nonetheless, it is indisputable that he has earned it with his stellar play at this stage in his career. One must wonder what the right decision was here and what could have happened if LeBron James didn’t take the maximum amount possible. It is important to look at the situation more closely.

Many people forget that the NBA is a business and players’ future is controlled by the owners. An athlete’s financial security is rarely secured in this league. Moreover, it could change at any time and teams could simply lose interest or stop believing in a player.

It would be absolutely ridiculous to let LeBron leave because another team offered him more money. From that perspective, what the Lakers did makes complete sense. They would definitely want to lock in the NBA superstar for two additional years as he is still playing at a prime level. Additionally, offering less than the minimum might just look blatantly disrespectful and friction between the two sides.

LeBron James and Rich Paul met with the Rob Pelinka about James’ future together with the Lakers, with the talks being ‘productive.’

LeBron became eligible to sign a 2-year, $97.1 million extension with the Lakers today.

King James knows he deserves and should take the money. However, his current team is in a bad situation and missed making the NBA playoffs last season. There are several whispers and empty smoke in the air about potential superstar trades including Kyrie Irving and Kevin Durant.

Is the Lakers potential acquisition of Kyrie becoming less likely?

“Everyone knows the Lakers are desperate. They want to move Russ and know the clock is ticking on LeBron. Teams are trying to extract as much as they possibly can out of the Lakers.” — @ShannonSharpe pic.twitter.com/Y7ZPPFSUBE

This would all require “cap space” or money allowed to be spent on paying the franchise players. The Lakers already have Russell Westbrook and Anthony Davis on their roster. These are two expensive players. Now that LeBron is locked in with a $97 million deal, they will struggle to add other pieces to the team.

One must wonder whether “The Chosen One“ knows the situation his team is in. Even if he takes less money there is no guarantee the Lakers pull off a trade and are better this season. Therefore, it makes more sense for LeBron to get all he is worth in this extension.