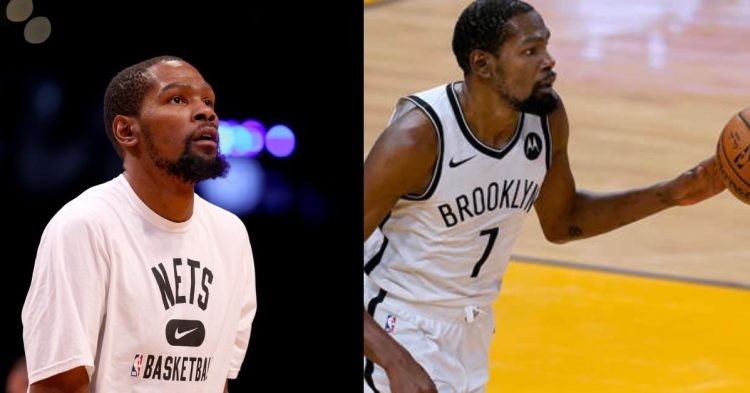 Kevin Durant has requested a trade from the Brooklyn Nets. This is because he has been unable to win a title with them in his career so far. The trade rumors and potential destinations for KD have drawn plenty of media attention during the offseason. The Nets are in a position to lose their cornerstone franchise player and their championship window.

One must wonder what the situation is like between Durant and the Nets owners. After all, his teammate and close friend Kyrie Irving agreed to opt into the final year of his contract. Additionally, this was just days before news broke out that KD has requested a trade.

It is important to know whether the Brooklyn Nets as well as the whole league understand exactly what Durant’s value as an NBA player currently is. This will help in smooth trade talks and accurate balancing of players and assets.

Of late, it has become a pattern for NBA stars to force their ways out of unfavorable situations. The “unfavorable” situation refers to the feeling or belief that they cannot win a championship or make an impact on their current team. Therefore, players choose to leave teams, even in the middle of a fresh new contract.

This is also because the new team will bear the expense of the existing contract and the other team is expected to have adequate compensation. Even the NBA commissioner, Adam Silver has expressed disappointment that players constantly engage in these acts.

It is wrong to decide to leave a team, after signing a fresh contract with them less than a year ago. At the very least, it is a betrayal of the trust and faith shown by the team. If the team chooses to let go of the player, that is a different case. However, simply playing badly and having a disappointing postseason is not a real reason to be traded.

One could argue that it is the responsibility of the athlete to play out a contract. Even if it means struggling in a bad team for a few years. Durant signed a 4 year $198 million dollar contract with the Nets in 2021. A quick year later, he is requesting a trade. Therefore, the Nets and a potential franchisee will have to figure out how to get his equal value as compensation in a trade.

Brooklyn will not settle for “pennies on the dollar“. They have decided that they want equal compensation for Kevin in order to remain in contention. However, Durant was swept in the previous postseason and is 34 years old. It is quite difficult to get an accurate estimate of what his potential value is in a trade.