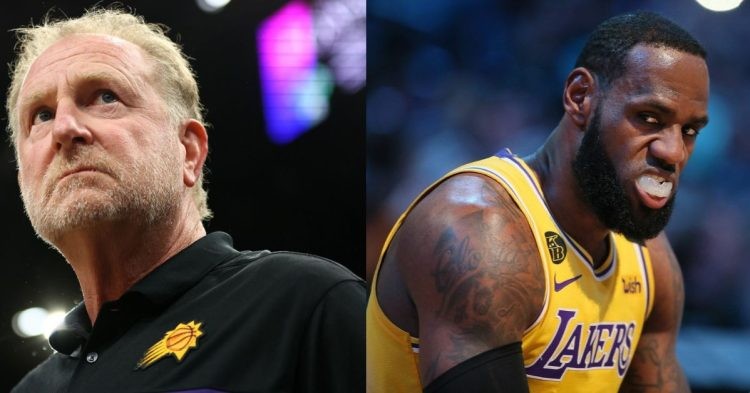 Phoenix Suns owner Robert Sarver has been suspended for a year due to workplace misconduct. Additionally, he will pay a $10 million fine to the league as a result of his actions. To those who do not know, the Suns’ owner was accused of racial and misogynistic behavior.

The accusations ranged from him using the “N-word” in public, making derogatory statements towards women employees, and much more. This led to an in-depth investigation by the NBA and the inevitable decision to suspend him.

There are always sides to a story and Sarver initially gave his full cooperation towards the investigation. Even the NBA commissioner Adam Silver revealed that he was initially filled with disbelief when he heard these accusations. Nonetheless, a decision has been made. We should wonder about the context of these accusations and whether this is a fair punishment.

We already know LeBron James is the face of the league and one of the most popular NBA players on the planet. Therefore, he was one of the first to show his disapproval when he found out about the news. It is important to remember that we came to know about it only after the NBA came to a decision to suspend him.

The NBA announced Tuesday that Sarver would receive a $10 million fine and a one-year suspension for allegations of racism and misogyny during his 17 years as owner. https://t.co/jANyoNxSSB pic.twitter.com/cAHeRgNIGm

It makes sense that King James would want Sarver fired. However, the league commissioner Adam Silver revealed that it was his decision alone to suspend Sarver and not have him fired.

“I don’t have the right to take away his team. I don’t want to rest on that legal point because of course there could be a process to take away someone’s team in the league. It’s very involved, and I ultimately made the decision that it didn’t rise to that level.”

This is certainly a valid point. Why should several people associated with Sarver have to lose their jobs? That would inevitably happen if he was indeed fired. In any case, we should wonder why no criminal charges have been filed against him.

Instead, he has simply settled the case against him with a $10 million paycheck and just has to stay away from the league for a year. That is not a significant amount for the average NBA owner and will not impact his net worth.

At the end of the day, all we can do is wait and see if he returns a changed man at the end of his “exile” from the league.