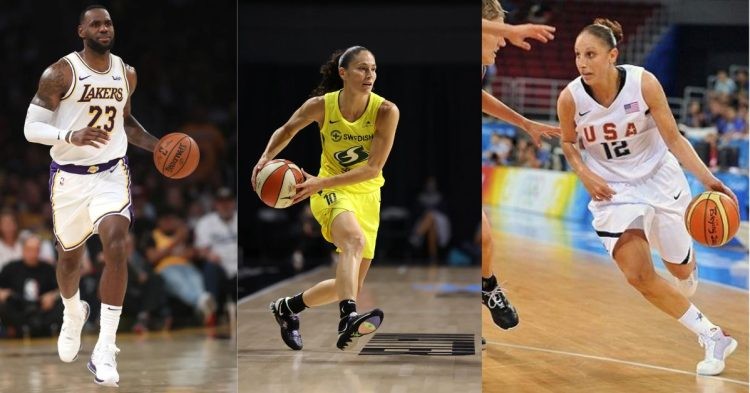 LeBron James is a superstar in the NBA. He has performed at the highest level for a long time now and is widely considered the greatest player of all time. The WNBA is a women’s basketball league that has produced its fair share of talent over the years. There are several significant players there like Diana Taurasi, Brittney Griner, Sue Bird, and others.

One must wonder which of these WNBA greatest is most similar to LeBron James. This is quite a difficult question to answer as there are several aspects that make King James the player he is. Additionally, it is also quite hard to compare men and women athletes. Nevertheless, here is the WNBA player who has the best chance of being associated with the same type of greatness.

We all know what LeBron has accomplished in his career. He is a 4x NBA champion and has been to the finals 10 times. Considering he is entering Year 20, this means he has made the finals for half his professional career. Moreover, he has carried weaker teams past stronger opponents several times in order to do so. Thus, LeBron is widely recognized as the GOAT.

Diana Taurasi is widely considered the best player in the WNBA. She has won 3 titles herself and was also part of 5 Olympic gold medal wins. Additionally, she has also won 5 league scoring titles. All of this with the Phoneix Mercury, a franchise in the WNBA. She joined the league in 2004 when she was 22 years old. Now she is 40 years old and has played in the league for 18 years. Almost half her life.

Taurasi has averaged 19.3 points, 3.9 rebounds, and 4.3 assists in her career. Additionally, she has shot 42.8% from the field, 36.4% from the three-point line, and  87% from the free throw line. These are solid shooting numbers to sustain throughout one’s 18-year-long career.

Diana also recently made history for being one of the three oldest players ever to score 30 points in a game. This proves that she is far from done and is still pushing forward. Much like LeBron James is doing at the backend of his career. Both these successful veterans are widely considered the GOATS of basketball.