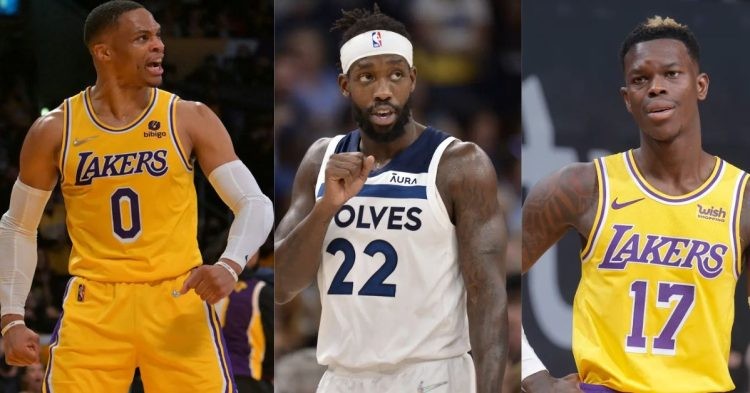 NBA legend LeBron James is coming off a disappointing season with the Los Angeles Lakers. Despite having Russell Westbrook and Anthony Davis, LA failed to make the playoffs last season and never really got it going. Therefore, the Lakers added Patrick Beverley to the roster in return for Talen Horton Tucker and Stanley Johnson.

We thought that was all the Lakers had planned for this NBA offseason. However, they stunned us all with the reacquisition and addition of Dennis Schroder to the lineup. This begs the question as to whether Darwin Ham will start all three guards next season.

This is quite an interesting idea and should not be dismissed instantly. We need to have a better understanding of the situation in Los Angeles to predict how things will play out.

It seems that the Lakers have decided to enter a win-now mindset. Several NBA analysts were under the impression that it is next to impossible to win alongside Westbrook. He is definitely coming off one of the worst seasons in his career. However, the addition of two other guards means his minutes will be controlled. It could also mean he is eventually traded.

Dennis Schroder can score the ball. Additionally, Patrick Beverley is well known for his defensive ability. Therefore, it is still possible for the Lakers to play all three of them on the court at the same time. However, that is quite an unlikely situation to frequently occur for the following reason.

Basketball is a sport of size. A team with larger skilled players is simply more likely to dominate. Especially in terms of rebounding and defense. The problem is that all three guards are listed at under 6’3. Moreover, Dennis Schroder is only 6’1. Thus, whatever the Lakers could gain from the offensive end, they could compromise defensively.

Dennis Schroder is signing a one-year, $2.64M deal with the Lakers, per @ShamsCharania pic.twitter.com/Pqdl6SdxkA

To make matters worse for LA, LeBron is on the back end of his career. He is unlikely to be a very intimidating force on the defensive end for the Lakers. As a result, it will fall on Anthony Davis to compensate for the gap if all three guards are on the floor.

In any case, all these changes will affect Westbrook the most. He was already the third-best player on the team struggling to find an identity. We should wonder if Dennis Schroder and Patrick Beverley will hurt that next season.