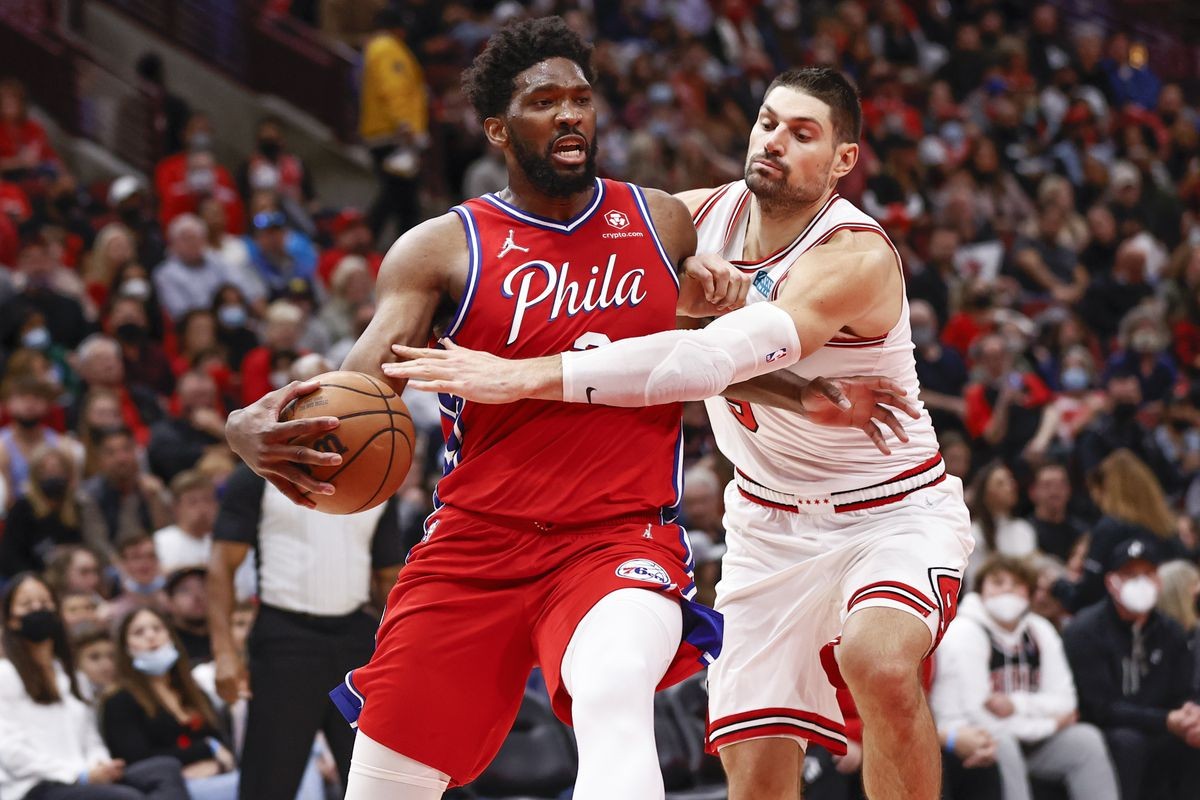 The Philadelphia 76ers are on the road to face the Chicago Bulls in the United Center in a big-ticket eastern conference matchup. This game will be their third matchup of the 2021-22 NBA season where the Sixers have won both games.

The Philadelphia 76ers enter this game on a two-game losing streak after suffering consecutive defeats against the Dallas Mavericks and the Washington Wizards. In the last ten games, Philly has has a record of six wins and four losses while averaging 108.5 points, 42.4 rebounds, 24.1 assists, 6.3 steals, and 5.4 blocks per game while shooting 47.6% from the field. The Sixers allow 106.5 points per game.

Joel Embiid has emerged as MVP favorite as he is averaging 29 points, 10.9 rebounds, 4.4 assists and 1.5 blocks for the 76ers. Tobias Harris is averaging 20.0 points in the last 10 games for Philly. Tyrese Maxey has also been incredible for the Sixers amidst Ben Simmons ‘ absence has he raking up 16.93 points, 4.82 assists, and 3.53 rebounds.

The Chicago Bulls have been the surprise team in the 2021-22 NBA season. The Windy City is currently the number one seed in the eastern conference with a record of 33 wins and 19 losses. Like the Sixers, Chicago has an identical 6-4 record in the last ten games, as they are averaging 114.4 points, 45.0 rebounds, 26.2 assists per game. The Bulls’ defense allows 113.1 points per game.

Demar DeRozan is having close to an MVP season as he is scoring 26.6 points per game with 5.1 rebounds and 5.1 assists for the Bulls. DeRozan is fourth in the race for the scoring title this season.

Nikola Vucevic after a monster 36 points and 17 rebounds as he is averaging 22.5 points and 13.6 rebounds while shooting 55.2% over the past 10 games for Chicago.

The Chicago Bulls have a slight advantage against the Philadelphia 76ers. Despite losing twice to Philly, they enter this game after a statement victory over the Pacers. Whereas Philly failed to contain the Mavericks even with Joel Embiid’s 27 points, 13 rebounds game. The Sixers could get a lifeline if Chicago guard Zach LaVine is missing the game due to back spasms.

Lavine sat out last game and could play in this game. The decision is whether to play him to guarantee a win over the Sixers or do they sit him to keep him right for the rest of the season. The Bulls have an offensive edge, whereas Philly has a better defence. But still, the Windy City is the favourite to win this game because of a superior roster over the 76ers.

Derrick Jones Jr. – Finger – Expected to be out until at least Feb 7

How to watch the Philadelphia 76ers vs Chicago Bulls?