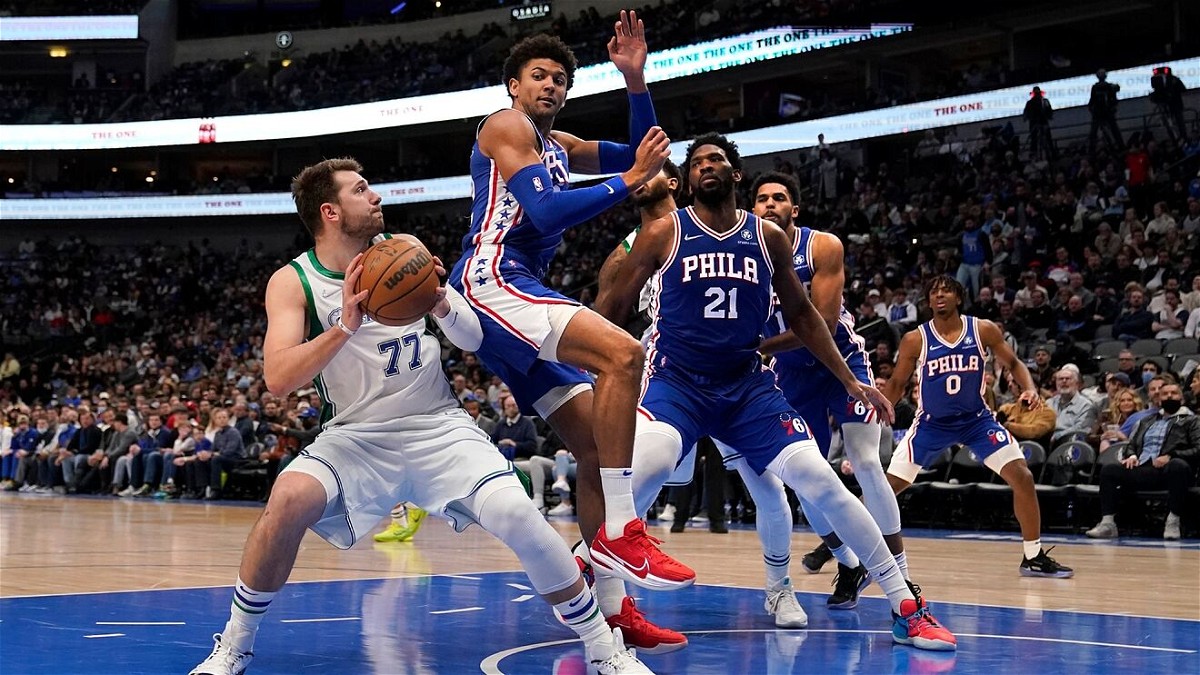 The Eastern Conference’s 3rd ranked Philadelphia 76ers host the marauding Dallas Mavericks at the Wells Fargo Center Philadelphia. The Mavericks are tearing through the league and going through top teams effortlessly, having defeated the Nets, Celtics, Jazz, and the Warriors twice over the last 10 games.

The Sixers, however, are past their honeymoon phase with James Harden and have stumbled a couple of times. They have lost against the Nuggets, and Harden’s former team, the Nets. They also required overtime to defeat the low-ranking Orlando Magic.

The last time these 2 teams met, the Sixers encountered a supreme Luka Doncic. Doncic, looking as conditioned as he had all season put on his most athletic display of the season. One of his 2 outrageous dunks broke the internet.

Is there anything @luka7doncic can’t do? pic.twitter.com/t0S3OX1OMJ

The 23-year old put on a monstrous stat line with another triple-double. He scored 33 points, dished 15 assists, and collected 13 rebounds to cap off a wonderful game. Reggie Bullock and Jalen Brunson also scored 20 and 19 points, respectively to help the Mavericks to a 107-98 win over Joel Embiid’s Sixers.

The Sixers, meanwhile, struggled on offense, and Embiid and Tyrese Maxey were the sole bright spots for them. MVP frontrunner, Embiid scored 27 points and had 13 rebounds while the young Maxey had 18 points to his name with 6 assists. However, the duo’s valiant effort was not enough to save the night from going Dallas’ way.

With the form the Mavericks are in, it is very difficult to predict against them. The Mavericks elevate their game according to their opposition and the likely return of Reggie Bullock will shore up their defense. The Sixers, although at full health, will not match up well with the more compact unit from Dallas.

The Dallas Mavericks will win against the Philadelphia 76ers and take the season series 2-0.

How to watch the Philadelphia 76ers vs Dallas Mavericks?

You can watch Philadelphia 76ers vs Dallas Mavericks on either Bally Sports Southwest or NBC Sports Philadelphia. The game can also be streamed by fans globally through NBA League Pass. For play-by-play commentary, you can tune into ZonaMX 99.1 or 97.5 The Fanatic on the radio.