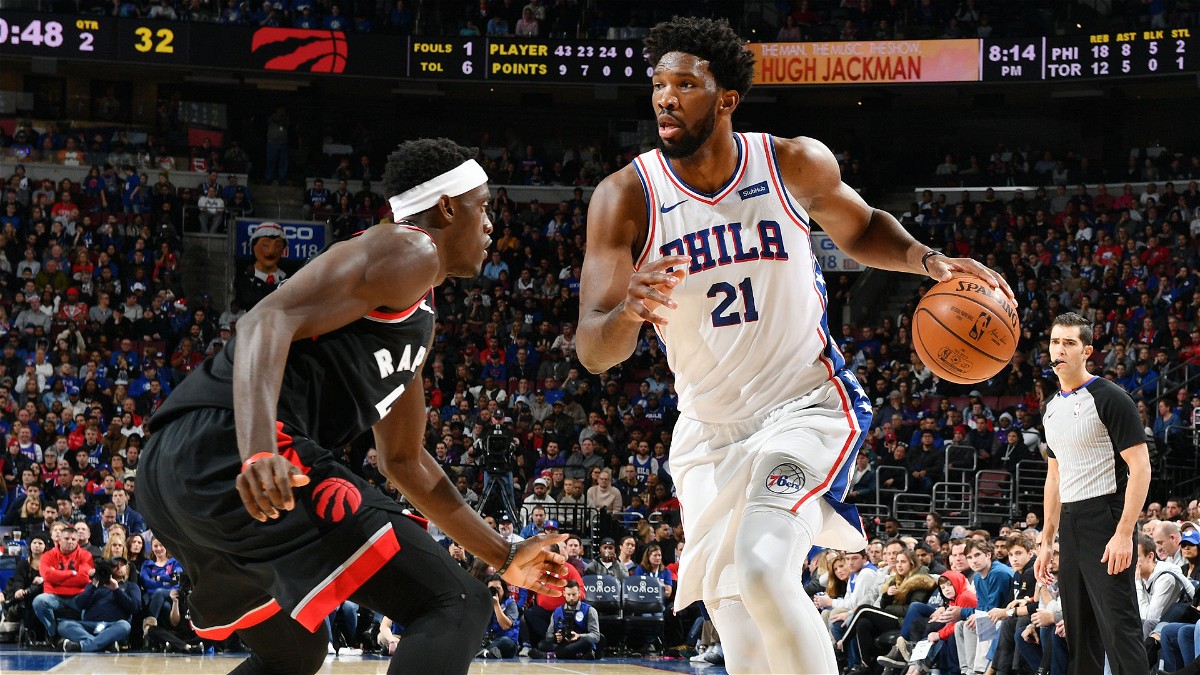 In the Eastern Conference this season, the competition from the top to bottom has been a spectacle to behold. For reference, there is a difference of 28 games between the 1st and the 10th seed in the West whereas in the East there is a difference of just 12 games. 2 of those Eastern Conference powerhouses will be taking on each other tonight. The Philadelphia 76ers will be taking on the Toronto Raptors.

These teams have faced each other 2 times before with their last matchup taking place on the 29th of December 2021.

Both games played had near-identical score lines but different outcomes. In the first game, the Raptors took the W with a final score of 115-109. The 76ers took their revenge in game 2 by winning 114-109. However, Philadelphia played the first game without Embiid and was a huge disadvantage. Tyrese Maxey attempted to win in Joel’s absence with his 33 points. But the triple threat of VanVleet, Anunoby, and Trent was too much for the handicapped Sixers.

Joel vowed revenge and got it in the 2nd game where Embiid scored a game-high 36 points. It trampled the elite performance from Boucher who had 28 points and 19 rebounds. VanVleet was out and Embiid was in, which mean next to zero chance for the Raptors to rally a win. The season series is tied 1 game apiece. Tonight’s game could decide the winners of this season’s series.

Since the all-star break, the 76ers have won 8 out of 11 games whereas the Raptors have won 7 out of 13 games. In both games, Philadelphia has always shot better from the field than the Raptors. Toronto will have VanVleet available this time. However, they have a new defensive matchup in James Harden to be worried about.

Toronto and Philadelphia are mid-tier teams when it comes to offensive and defensive efficiency ratings in the league. But Joel Embiid, the leader in the MVP candidate trumps all doubts in either department. The Philadelphia 76ers duo will be too much for the Toronto Raptors and will take the 2-1 series lead over the Kings of the North.

How to watch the Philadelphia 76ers vs the Toronto Raptors?

You can watch the Philadelphia 76ers play the Toronto Raptors on 20th March 2022 at 8:30 PM ET on NBCSP and SN. You can also watch the game globally on NBA league pass.