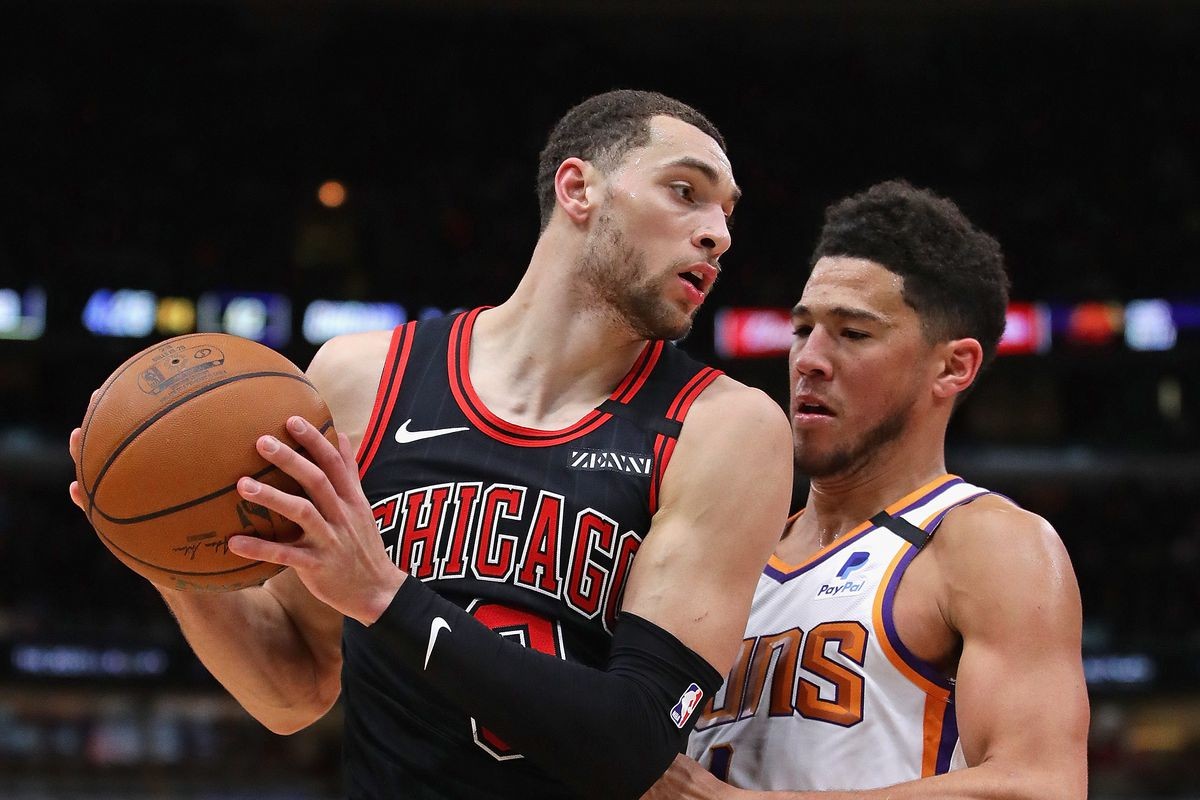 The Chicago Bulls will host the red-hot Phoenix Suns at the United Center in a possible NBA finals matchup for the 2021-22 season. Both teams go head to head for the first time this season. Suns enter this game after defeating Washington Wizards whereas the Bulls lost to the Philadelphia 76ers.

The Phoenix Suns have been the best team in the 2021-22 NBA season with a record of 42 wins and ten losses as the number one seed in the west. The Valley boys were on an unstoppable 12-game winning until losing to the Atlanta Hawks in the State Farm Arena.

The Phoenix Suns currently boast one of the best backcourts in the NBA with Chris Paul and Devin Booker. Both guards have been phenomenal as Booker is averaging 33.6 points, 3.8 assists while shooting, 48% from the field whereas CP3 putting up 21.8 points and 13.0 assists while shooting 52% from the field and, 52% from the deep in the last five games. With Deandre Ayton out due to injury, JaVale McGee leads Phoenix with seven rebounds per game.

Like the Suns, Chicago Bulls were the number one seed until Miami Heat took the spot with 34 wins. Windy City in the eastern conference has a record of 33 wins and 20 losses. In the last few games, Chicago has suffered a few uncharacteristic losses to the Toronto Raptors, Orlando Magic and San Antonio Spurs. Bulls are seventh-best scoring in the league with 111.6 points, 24.5 assists and 43 rebounds per game.

DeMar DeRozan up to a season-high 41 points. pic.twitter.com/XvNY6s8EoR

Demar DeRozan is undergoing a career resurgence with the Chicago Bulls. He is averaging 26.1 points and 5 assists per game. But the Windy City could miss the services of their other All-star Zach Lavine who is putting up 24.7 points while making 2.8 three-pointers per game. Nikola Vucevic is the Bulls’ defensive leader as he averages one steal per game and 1.2 blocks per game.

The Phoenix Suns are clear favorites to win this game against the Chicago Bulls. The Valley Boys have been the best away teams in the league as they have a 20-5 record. Similarly, the Bulls have been shaky in the last few games with the absence of many key players. The Suns dominate Chicago on both offensive and defensive ends. Hence, Phoenix will be the victorious team in the United Center.

How to watch Phoenix Suns vs Chicago Bulls?

The Phoenix Suns vs. Chicago Bulls game will be locally broadcast on NBC Sports Chicago and Fox Sports Arizona. Fans can also catch the game on NBA League Pass.

“That Forced Me to Quit for So Long”- Peng Shuai Reveals the Reason for Her Absence From Tennis, Casts Doubt on Her Tennis Return