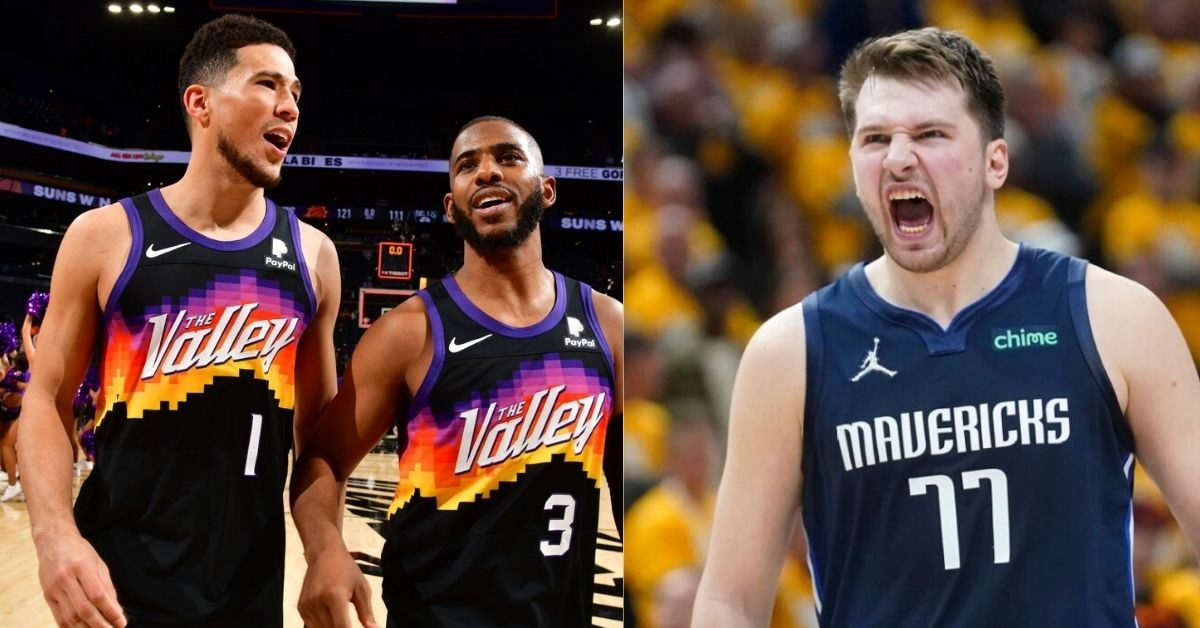 The Phoenix Suns will face the Dallas Mavericks in the Western Conference semifinals in a cracker of a matchup. The 1st seed and the 4th seed respectively closed out their first-round opponents in 6 games on the same day.

There are plenty of significant stats surrounding the Mavericks’ playoff series win against the Utah Jazz. It was the first time the team from Dallas progressed beyond the first round since their championship run in 2011. Simultaneously, the series win marked Luka Doncic‘s first career series win in his third playoff appearance. And he did it against the same opposition that Dirk Nowitzki first won a playoff series against, the Jazz.

On the other hand, the Suns overcame a fightback from the Pelicans and a minor setback in Devin Booker’s injury before dispatching New Orleans. The Suns showed a chink in their armor that the Mavericks will want to exploit, and the coincidences are there to be read deeply into.

The two teams have met twice before in the playoffs in back-to-back seasons and have split their playoff matchups. Dallas took a series home, and so did Phoenix, keeping them level head-to-head in the playoffs. Both their meetings carried history as the Suns were led by Steve Nash, who was drafted by them but played 6 of his first 8 seasons in Dallas.

After honing his talents at the Mavericks, Nash left for the Suns where he exploded onto the MVP scene. He was the reigning MVP both times the teams took to the court in the postseason. Likewise, the most valuable player made Mark Cuban rue his decision to not match Nash’s demands. The Suns won the Western Conference semi-final and advanced to the final in 2004-2005.

However, the Mavericks had the last laugh next season as they defeated the Phoenix Suns to make it all the way to the NBA Finals. They overcame a massive point deficit in Game 6 before closing out Nash’s team from the valley. The series included Dirk Nowitzki’s historic performance in Game 5.

Dirk scored 50 points and collected 12 rebounds to win Game 5 and take the series lead. Since their back-to-back postseason meetings, the teams have not come across each other in over 15 years. But the stakes and rivalries remain as high.

DeAndre Ayton or Luka Doncic, who was the better pick?

A massive point of debate between the fans of both teams has always been the 2018 NBA draft. While Luka has comfortably separated himself from the class of 2018 as the best, Ayton has not fared poorly either. The Suns beefed their backcourt up with Chris Paul while DeAndre has morphed into a scary offensive threat. And a serious rim protector at that too, which will see him go against Luka quite a few times this series.

Another excellent defender looking to prove his mettle against Doncic is Mikal Bridges, a Defensive Player of the Year contender and a versatile defender. Likewise, further matchups include Devin Booker going up against Dorian Finney-Smith. Finney-Smith, fresh off of clamping Donovan Mitchell and getting his dues for it, will look to fuel the Mavericks frontcourt yet again.

This is a series that will go the distance. If one team has the better personnel, the other has shown heart and has a dynamite superstar performer. The entertainment is a lock if the winner isn’t.