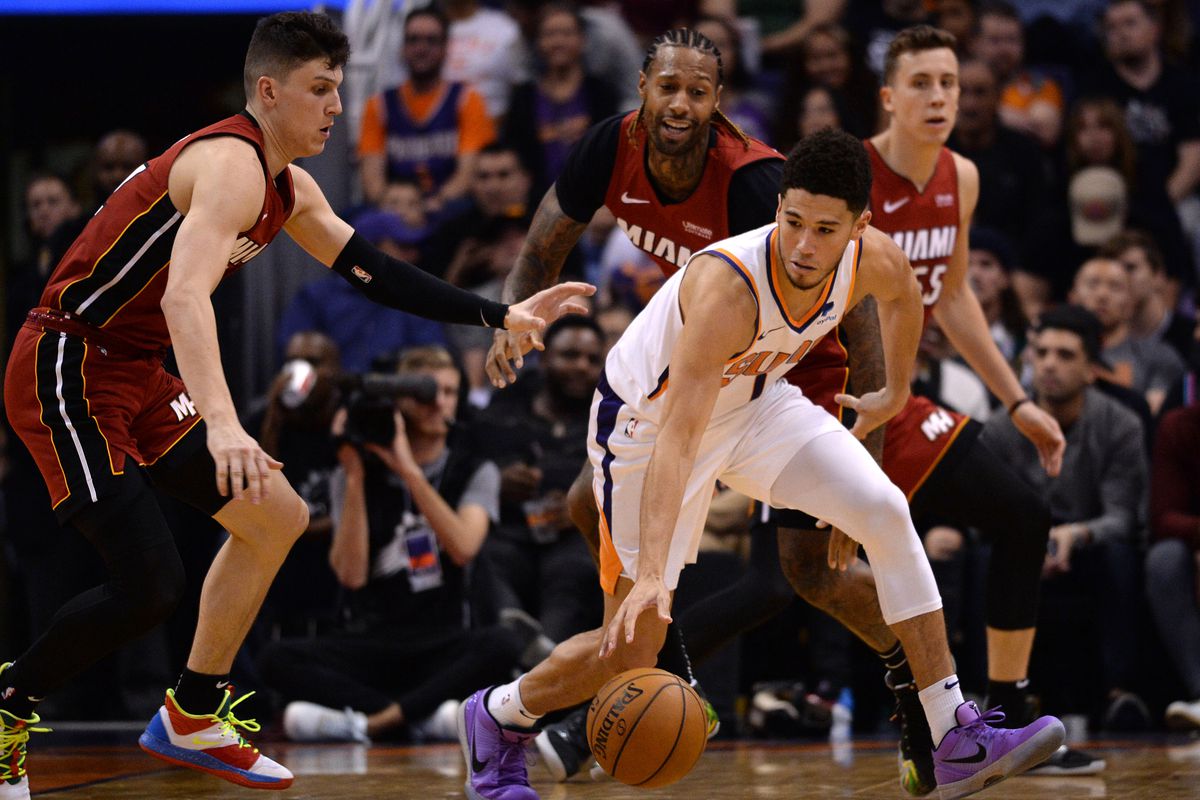 The Phoenix Suns will go head to head against the Miami Heat in the Footprint Center, Arizona. The Suns enter this matchup on a three-game winning streak whereas the Heat defeated the Portland Trail Blazers 115-109.

The Suns are led by Devin Booker is averaging 24.1 points and 6.6 rebounds while shooting 41.3% over the last 10 games. Chris Paul has been very consistent for Phoniex as he is has averaged 13.7 points, 9.8 assists, and 1.8 steals.  Phoenix leads the Western Conference shooting 37.0% from downtown, led by Cameron Johnson shooting 44.0% from 3-point range.

The Miami Heat has been struggling with countless players hit with the Covid-19 virus but has still managed to remain as the fourth seed in the eastern conference. Los Heat defeated Portland led by a Max Strus’ 25 point game. Miami just like the Suns has seven out of the last ten games while averaging 111.3 points, 46.5 rebounds, 25.5 assists, 5.8 steals and 3.3 blocks per game while shooting 44.8% from the field. Their opponents have averaged 105.7 points.

Tyler coming out hot in the 2nd half pic.twitter.com/M8QDMWW9KZ

With Jimmy Butler missing many games this season, Kyle Lowry has led the Heat while averaging 13.7 points and 8.3 assists. Tyler Herro has also returned to his rookie year form as he is averaging 20.1 points and 4.8 assists over the past 10 games for Miami. Haywood Highsmith leads the team shooting 66.7% from 3-point range as the Heat are the fourth-best three-pointing shooting team in the league as they are shooting 37.3% as a team from downtown this season.

The Miami Heat has been a scrappy team that’s hard to turn down in the underdog role, as they just find a way most nights. But the Heat are dealing with a ton of banged-up players and that includes possibly Jimmy Butler for this game. The Phoenix Suns are winning their last five games by an average of 13.4 points while winning at home by an average of 9.9 points. Hence the Suns are clear favourites to win against the Miami Heat.

How to watch Phoenix Suns vs Miami Heat?

The NBA League Pass will stream the game live. Local coverage of the match is available via Bally Sports Arizona and Bally Sports Sun.