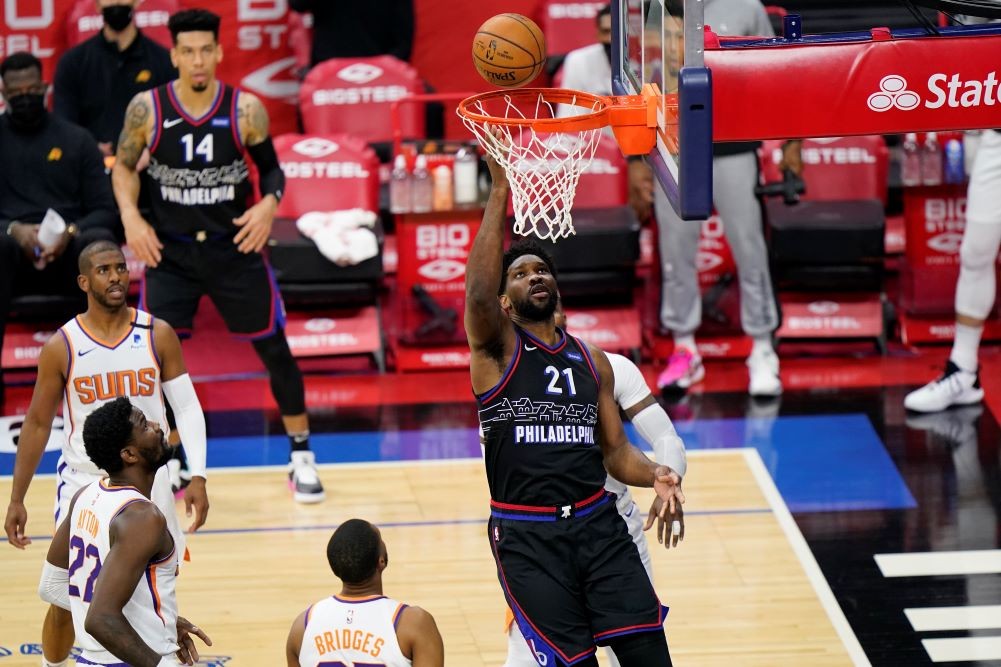 The Phoenix Suns host the Philadelphia 76ers at the Footprint Center in a clash of the titans. The two respective Eastern Conference and Western Conference leaders square off in a matchup with plenty of superstars. The Suns hold the best record in the NBA by far and enjoy the better form. Like many times in their season, the Suns are streaking yet again with 7 straight wins.

The Sixers will hope to break that streak and extend their own winning streak to 4 games, led by their dynamic duo of James Harden and Joel Embiid. The Sixers do not enjoy the same cushion at the top of the standings as the Suns. They are at par with the Miami Heat and only half a game ahead of both the Boston Celtics and the Milwaukee Bucks in a top-heavy Eastern Conference.

In a commanding performance, the Suns beat the Sixers 114-109 at the Well Fargo Center, adding to their excellent away record this season. Devin Booker led his team in scoring with 35 points, 4 rebounds, and 3 assists. Chris Paul played creator again for the Suns with 12 assists to go with his 16 points and another double-double for the All-Star.

Two 30-point efforts could not rescue the Sixers as they fell to the in-control Suns. Joel Embiid continued his scoring form by dropping 34 points while collecting 12 rebounds. Embiid was joined by Tobias Harris in scoring 30 points as the forward also added 7 rebounds to his scoring tally.

The Suns’ winning streak might come to an end at the hands of the red-hot James Harden and Joel Embiid. The duo has largely been successful and worked together on the court to lay to rest all the doubts before they teamed up. In what could be a statement victory for the team, they might just pip the mighty Suns and lay down the marker for their onlooking Eastern rivals.

The Philadelphia 76ers will win against the Phoenix Suns and avenge their earlier home loss.

How to watch the Phoenix Suns vs Philadelphia 76ers?

You can watch the Phoenix Suns vs Philadelphia 76ers on Bally Sports Arizona. NBA League Pass subscribers can also stream the game from anywhere in the world. For play-by-play commentary, you can tune into KMVP 98.7 or S: KSUN on the radio.