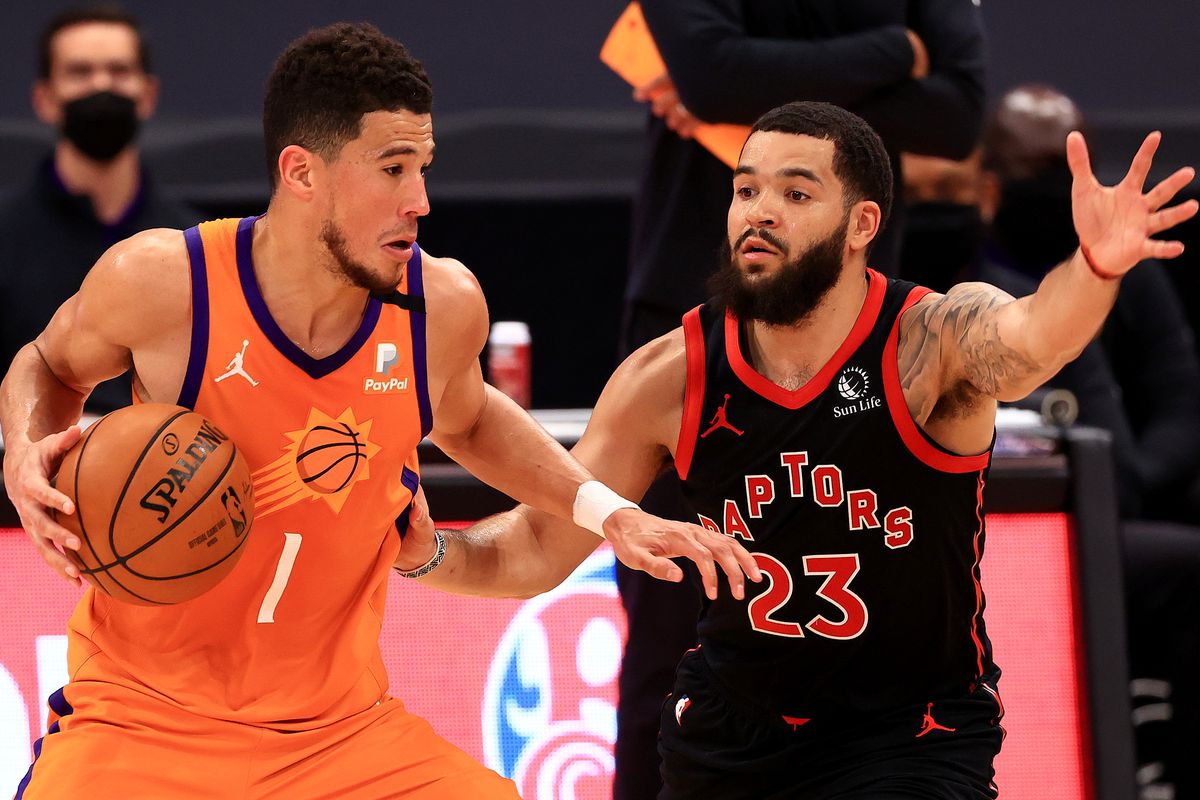 The Phoenix Suns will look to continue their reign in the western conference as they take on the surprise Toronto Raptors at the Scotiabank Arena. Both teams go head to head for the first time in the 2021-22 NBA.

The Phoenix Suns had won three straight games before they were dominated by the Miami Heat in their most last game. The Suns enter this matchup as 4th in the league in scoring offence as they average 112.1 points per game on the year. The Valley Boys are  5th in the league in scoring defence as they allow an average of 105 points per game this season.

Devin Booker leads the team with 23.6 points per game this season. Cameron Johnson with 11.9 points and Mikal Bridges with 12.4 points and 3.9 rebounds have been pivotal for the Suns. Chris Paul continues to defy father time with 14 points and 10 assists in his 17th season. Phoenix is 3rd in field goal percentage by shooting 47.3% from the floor as a team on the year.

Toronto Raptors have won their sixth straight game as they managed to slip past New Orleans in their last game at the SmoothieKing Center. The Raptors stands 16th in scoring offence as they put up an average of 108.2 points per game this season. The Raptors are 16th in rebounding with 44.9 boards a night while they are 26th by dishing out 21.9 assists. Toronto stands 11th in scoring defence as they allow an average of 106.6 points a night.

The Raptors are led by OG Anunoby, Fred Vanvleet and Pascal Siakam, who are averaging close to 20 points each. OG is putting up 19 points and 5.2 rebounds per game, Vanvleet is averaging 22 points and 6.7 assists while Siakam is scoring 20.6 points, 8.4 rebounds and 4.5 assists per game.

The Toronto Raptors have been playing great basketball of late but the fact remains that they are facing a tough team in the Suns, who are tied for the league’s best record. Toronto has won six straight games but dealing with an offensive powerhouse like Phoenix will be very difficult.

On the plus side, the team is fairly healthy but with Barnes and Trent Jr. both questionable making them shorthanded. Phoenix has been rolling most of the year and isn’t bothered by playing on the road. Hence the Phoenix Suns are the favourites to win this game against the Toronto Raptors.

How to watch Phoenix Suns vs. Toronto Raptors?

Local coverage of the game will be available on Fox Sports Arizona and Sportsnet. You can also live stream the game via the NBA League Pass.