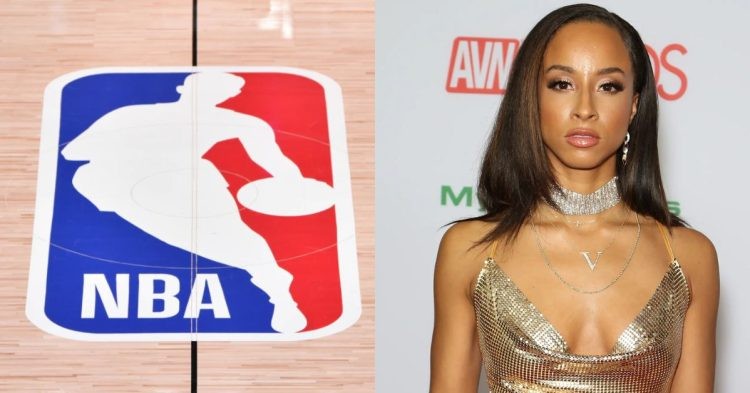 Many NBA players have reportedly been involved with adult stars in the past. A huge example of that would be Kevin Durant and Lana Rhoades. However, another star who claimed to have unforgettable experiences with an NBA player was Teanna Trump.

A while ago, Teanna claimed that she had a relationship with an Indiana Pacers player. Many tried to figure out who it was. What caught the attention of people was that she was just 16 years old at the time. In addition to that, she also left the NBA community baffled with another piece of information.

On the No Jumper podcast with Adam 22, Teanna mentioned, “I got this one famous athlete log in to my Instagram and Twitter, cause he said he was gonna help me out with business. He went on there and was messaging men, acting like me, but he was like, ‘I got a new number, hit me up’. He would message them, ask them for videos.”

Teanna’s comments may not reveal much. She claimed that a “top 5 highest paid basketball player” logged in to her social media handles to attain nude images and videos from other men. When Adam asked, “So this guy is low-key gay and the world doesn’t know about it”, the adult film performer said, “Swear to god!”

There haven’t been many NBA players to openly come out as gay. Jason Collins was the first NBA player to do so almost a decade ago. He played for the Memphis Grizzlies, Houston Rockets, Atlanta Hawks, Minnesota Timberwolves, Boston Celtics, and the Brooklyn Nets in the NBA.

The revelation shocked many. Moreover, Teanna chose to keep the identity of the man secret, but said “F**k you, you know who you are.” Trump has been pretty involved with the NBA in the past. One of the famous ones that broke out a while ago was that Charlotte Hornets star LaMelo Ball was dating her.

This was the time when Teanna posted a story mentioning she was single in mid-2021. Many sources claimed that LaMelo Ball and Trump were dating at the time. The reports mentioned that Teanna attended a Charlotte Hornets game, one where LaMelo was playing.

Before these rumors rose, Melo was struggling with a wrist injury. If that wasn’t enough to make the reports true, they were also spotted at a trampoline park based in Charlotte. It seemed like the pair were well and truly dating if the rumors were true.

However, it seems like Teanna wanted to keep them going at the time. She posted an image of her wearing a Charlotte Hornets jersey and this fueled the rumors even further.