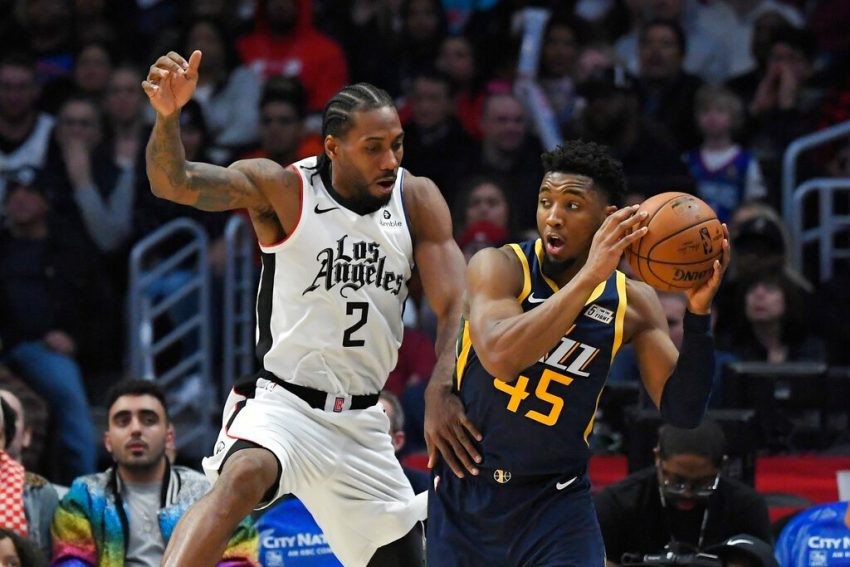 The second round of the playoffs in the competitive western conference began between the LA Clippers and Utah Jazz. Both teams entered the second round under very different circumstances. The LA Clippers had a physically and mentally exhausting 7 game series against Luka and the Dallas Mavericks. The toll of going through 7 games in the first round hampers any team hoping to make a deep playoffs run.

Kawhi Leonard finished that series with an otherworldly stat line of 30 points per game on 60% shooting from the field. The only other player to record a similar stat line in the playoffs was Shaq.

The Utah Jazz on the other hand had the easiest path to the second round in the western conference. This is because they finished the season with the best record in the league. The Jazz defeated the young Memphis Grizzlies in 5 games and moved onto the second round the fastest in the West.

This matchup was considered to be slightly handicapped as the Jazz had not played playoff basketball in 6 days. The Clippers on the other hand came off an exhausting series 2 days ago. The Jazz have home-court advantage for the first two games of this series

Game 1 came down to the final minutes of the 4th quarter. Kawhi Leonard and Paul George got off to a slow start in terms of scoring. The Jazz however faced lots of issues scoring in the first half of the game only to rally a comeback. The Young Jazz guard Donnavan Mitchell played at a superstar level in this game. He finished the night with 45 points, 5 assists and  3 rebounds, leading both teams in scoring.

Kawhi Leonard scored 23 points, 3 assists and 7 rebounds.  The Utah Jazz defeated the Los Angeles Clippers 112-109 in Game 1. The reasons the Clippers lost are mentioned below.

Donovan Mitchell is arguably one of the most underrated upcoming superstars in this league. He impacted the Jazz franchise since his arrival and has exceeded expectations in the postseason. Mitchell’s career has barely begun, however, he is already breaking franchise records set by veterans. By scoring 45 points in this game 1, he ties Karl Malone for most 40 point games in the playoffs for the Utah Jazz franchise.

Given Donnavan’s age and skillset, breaking this record that this stage in his basketball career speaks to his potential and capacity. In this game, he seemed simply unstoppable as his first few three-pointers hit the rim to only bounce in anyways. Despite being careless with the basketball in the first half he rallied his team back into the game in the second half.

As the game dwindled down to the final minutes, Mitchell was able to split the Clipper defence and finish at the rim. He did no repeatedly and it seemed that the Clippers had no answer for him. He will be a serious threat to deal with as this series progresses

As the Clippers were coming off a 7 game series, both their superstars were not at full strength in game 1 of this series. Kawhi and Paul scored 23 and 20 points respectively. A solid effort, but neither had a monster performance they had during the first round. The Clippers will take time to acclimate to Mitchell and Gobert, two of the best guards and centres in the game. Kawhi only made 9 shots and 1 three-pointer. He needs to step up and be more aggressive as this series moves on.

Rudy Gobert and Jordan Clarkson proved invaluable to the Jazz during stretches of this game. Gobert’s size and wings span protect the paint from the clippers even when he is outnumbered as he is able to hamper shots in the interior.

This coupled with Jordan Clarkson’s mamba-like mentality when scoring the basketball places a serious threat on the Clipper’s defence. Despite not having Mike Conley play game 1, both these role players took it upon their shoulders to support their young star at home. By doing so they take an early lead on the series and extend pressure on the clippers who now head into game 2 with a greater mental toll.