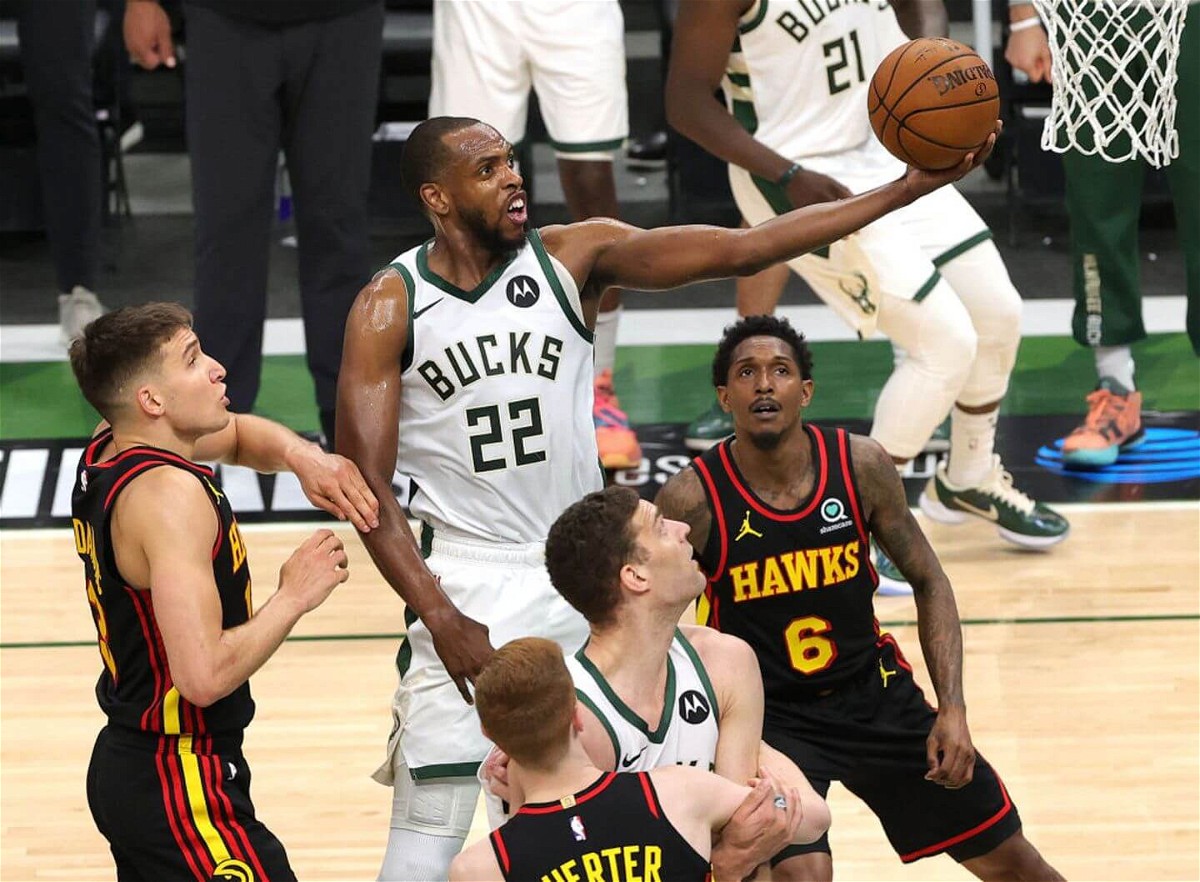 The Milwaukee Bucks and Atlanta Hawks series reached a pivotal turn in game 5 with the Milwaukee Bucks winning 123-112.  Giannis Antetokoumpo suffered a hyperextended knee in game 4. He did not play in game 5. Additionally, Trae Young of the Atlanta Hawks did not play in game 5. This was due to a bone bruise that he suffered in game 3. Therefore, both teams did not have their best players on the court in this crucial game.

The Atlanta Hawks blew out the Bucks in game 4. They did so with a final score of 110- 88. By doing so, The Hawks evened the series at 2-2. Lou Williams, Bogdan Bogdanovic and Clint Capella carried the Atlanta Hawks at home. The series moved to Milwaukee, where the Bucks hoped to take a 3-2 lead on the series. Additionally, the Hawks were in the same position. However, The Milwaukee Bucks won Game 5 with a final score of 123-112. 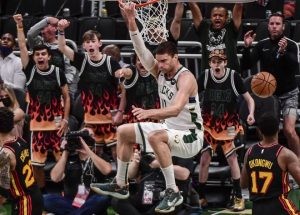 The Milwaukee Bucks starters had not played well in this postseason. However, they carried the Bucks in game 5.

Brook Lopez had one of his best games, if not the best, this postseason. He ended the night with 33 PTS and 7 RBD. He was instrumental for the Bucks on both ends of the floor. Additionally, he also contested several of the Hawks drives at the Rim. This created extra possessions for the Milwaukee Bucks.

Jrue Holiday stepped up and had one of his better games. He made several clutch buckets down the stretch along with the rest of the Bucks starters. He scored difficult shots also dished out passes. Therefore he was the primary playmaker down the stretch for the Milwaukee Bucks. He finished the night with 25 PTS 13 AST and 6 RBD 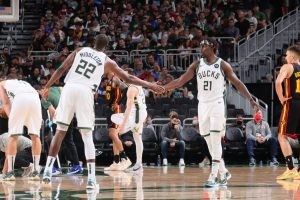 Bobby Portis was entrusted to fill the void that Giannis Antetokounmpo left. He had a playoff-high 22 PTS 8 RBD 3 AST. Additionally, he was an anchor on the defensive end for the Bucks. He engaged the crowd and showed them that the Bucks were more than the Greek Freak alone. He also showed lots of energy and kept making drives to the rim. This allowed him to earn trips to the free-throw line and help the Bucks win this game