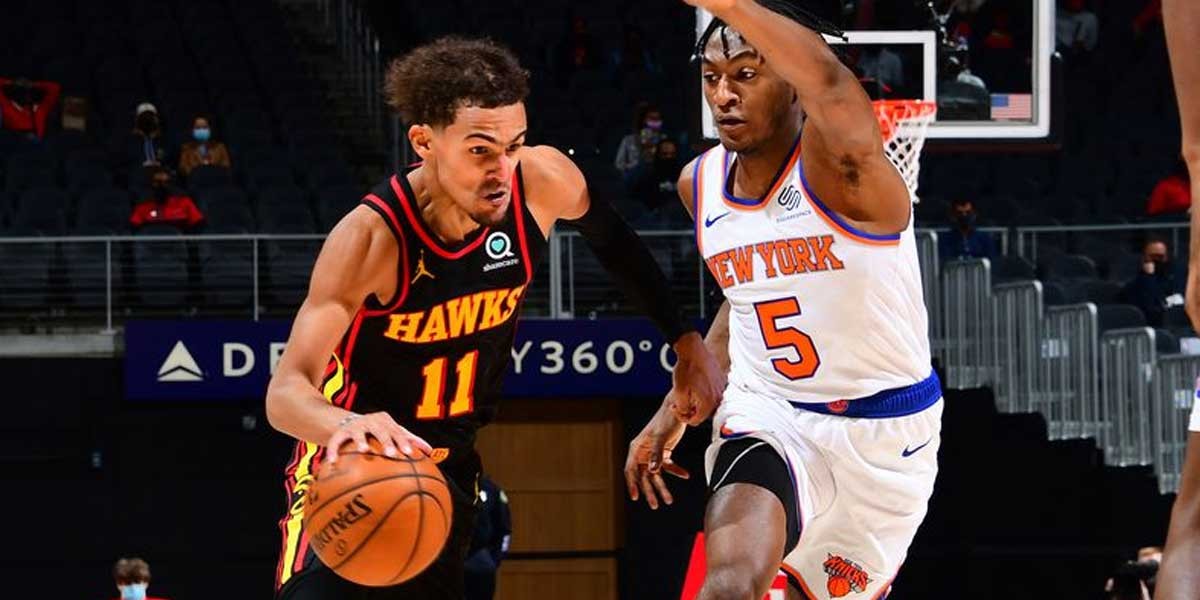 The NBA playoffs’ first-round matchup between the Atlanta Hawks and New York Knicks promises to be the most entertaining series in the league. Both teams performed well in the shortened regular season. The Knicks secured 4th seed and Hawks secured the 5th seed. Both teams are dark horse contenders for the playoffs this season. This is because they have not appeared in the post-season recently.

As Knicks won the seeding advantage as the 4th seed, they had homecourt advantage for the first two games of the series. The Knicks were expected to tilt the series in their favour by taking an early lead. However, the young Hawks star Trae Young had a massive playoff performance in Game 1 with a 32 PTS 10 AST and 7 RBD night winning the game for the Hawks in an unexpected turn of events 107-105. 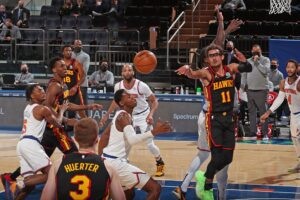 The Knicks took control of Game 2 behind former MVP Derrick Rose who scored 26-4-4 and MIP Julius Randle who had a double-double of 15 PTS and 12 RBD. The Knicks won Game 2 at Home tying the series 1-1. However, Trae was triggered by the ravenous Garden fans at the end of Game 2 and stated that they “won the game they needed” referring to the pivotal Game 1, as they head to Atlanta for Games 3 and 4.

The Atlanta Hawks took the momentum early in the game and had a 58- 44 lead on the Knicks at the Half. The Knicks attempted to rally a comeback in the third quarter behind former MVP Derrick Rose. Rose ended with a game-high 30 PTS 6 RBD 5 AST but was unable to win this game for the Knicks. Trae had another solid playoff performance and scored 21 points with 14 Assists. This allowed for his team to cruise to a solid 105-94 win.

The Hawks host the Knicks for game 4 where they will attempt to deliver a 3-1 deficit to the Knicks. Before the series moves back to the Garden for game 5. The Hawks have taken momentum over this series due to their superstar power in Trae Young. This is something that the Knicks do not really possess in Rose or Randle. Randle has been defended well by the Hawks and has averaged less than 15 points in this series. Game 4 will place immense pressure on the young Knicks lead by Rose and Randle as they will have to replicate Trae’s feat in the garden.