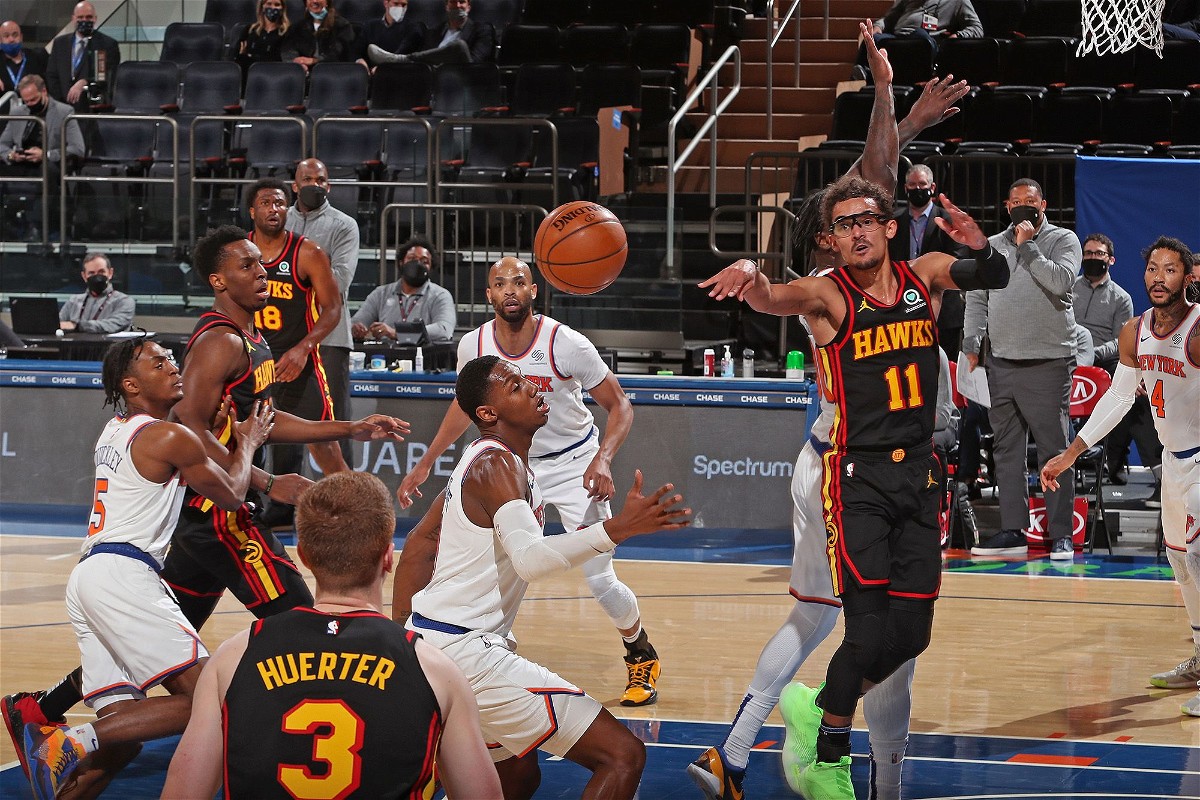 The New York Knicks will face the Atlanta Hawks for Game 2 of the first round of the Eastern Conference tonight. Trae Young broke the hearts of Knicks fans with his last-second game-winner to let Atlanta go 1-0 in the series. However, the New York Knicks will be playing tonight’s game with a wide smile on their face as Julius Randle was announced as the NBA’s 2020-21 MIP today.

The Knicks and Hawks faced off 3 times in the regular season where the Knicks swept the Hawks. Game 1 garnered so much traction that even the Mayor of New York warned Trae Young.

The Atlanta Hawks have had a really good season and their core group of players have improved. Offensively, the Hawks are as complete as a team can be. This season, 9 of their rotational players average 10 or more points a game. Trae Young has led the charge by scoring 25 points and dishing out 9 assists a night in the regular season. However, Trae Young has been heavily criticized this season for fishing for foul calls. He is 1st in the league in total free throws made and 3rd in the league in free throws attempted. The 2 above him are paint dominant Giannis and Embiid who draw fouls whilst playing in the post or down low. Brooklyn Nets coach and Trae Young’s personal idol Steve Nash said that what he’s doing is not basketball. The Knicks should mostly adapt to his kind of playing just like the league did with James Harden.

The New York Knicks have won this matchup multiple times during the regular season. They only lost game one on a go-ahead basket. Their morale will be high as their star player Julius Randle was recognized for his great regular season. The Knicks rank 3rd in the league for defensive rating which is a perfect matchup against a team so offensively gifted. Julius Randle struggled in game one. Only making 6 of the 23 shots he attempted. He will definitely bounce back to his regular form tonight or in the coming games. Derrick Rose has to lead the second unit well and will continue doing so tonight.

We predict the New York Knicks to record the victory over Atlanta Hawks tonight and tie the series 1-1.

“Most Improved is cool but let’s get some wins.”

The motto stays the same! pic.twitter.com/ZJY2mP5YIe

How to watch Hawks vs Knicks?

Atlanta Hawks vs New York Knicks will be televised nationally on TNT at 7:30 PM ET or stream it Live on TNT. You can also watch the game globally on NBA League Pass.