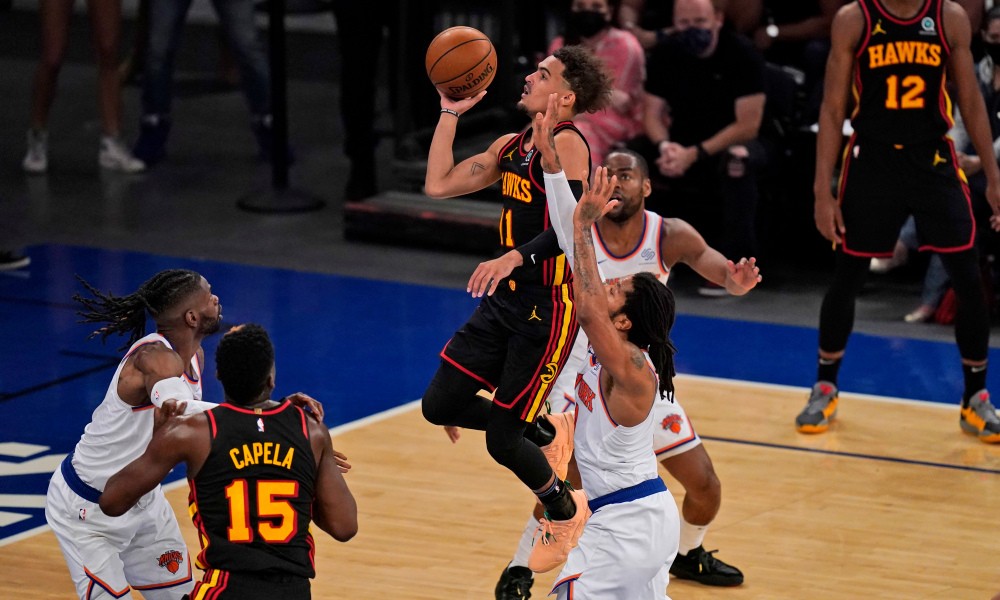 Atlanta Hawks' Trae Young, center, drives to the basket during the first half of Game 1 of an NBA basketball first-round playoff series against the New York Knicks, Sunday, May 23, 2021, in New York. (AP Photo/Seth Wenig, Pool) ORG XMIT: NYSW736

Game 4 of the first-round matchup between the Atlanta Hawks and New York Knicks is a pivotal game. The series has been a battle of the dark horses of the East as neither team was expected to have a postseason appearance at the beginning of this season. The New York Knicks are considered basketball pulse, as the city has one of the largest fan bases for the sport in the world.

The Knicks won the 4th seed and had a home-court advantage for the series. However, the Hawks created an upset in Game 1 with Trae scoring the final basket, winning the game on the road for this young inexperienced playoff team 107-105. Trae silenced the crowd in Game 1. In Game 2, the Knicks stepped up their play and defeated the Hawks at the garden 101-92 despite a 30 point scoring performance from Trae Young.

The series moved to Atlanta where the Hawks host the Knicks at State farm arena for the next two games in the series. The Hawks won game 3 at home taking a 2-1 lead over the Knicks. As the series reaches its apex the Hawks attempt to deliver a 3-1 deficit to New York. The Knicks hope to win the game and tie the series.

The Atlanta Hawks will win Game 4 and deliver a 3-1 deficit to the New York Knicks.

Despite the Knicks having a great regular season with Julius Randle and acquiring Derrick Rose before the trade deadline, they simply do not have the superstar potential to beat Atlanta at home. The only players on the Knicks who can make plays and create momentum are Randle and Rose. 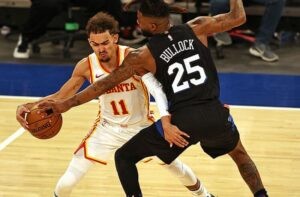 However, Julius  Randle has been shooting poorly this series and has been held to below 15 ppg this series. The MIP averaged 24 PTS 10 RBD 6 AST shooting 45% from the field this regular season. But over the last 3 games, he has averaged only 14 points on 24% shooting from the field. This shows how well the Hawks have guarded the MIP this series.

The veteran D rose has also played at a better level than expected averaging 24 points on 50% shooting from the field. The young Hawks squad with Collins, Capella, Gallinari, and Bogdanovic to back the young star in Trae young will prove too much for the former MVP to handle as the Hawks are expected to win Game 4 and take a commanding lead in the series.

How to watch Hawks vs Knicks?

Atlanta Hawks vs New York Knicks will be televised nationally on ABC at 1:00 PM ET. International viewers can access the game on NBA League Pass.