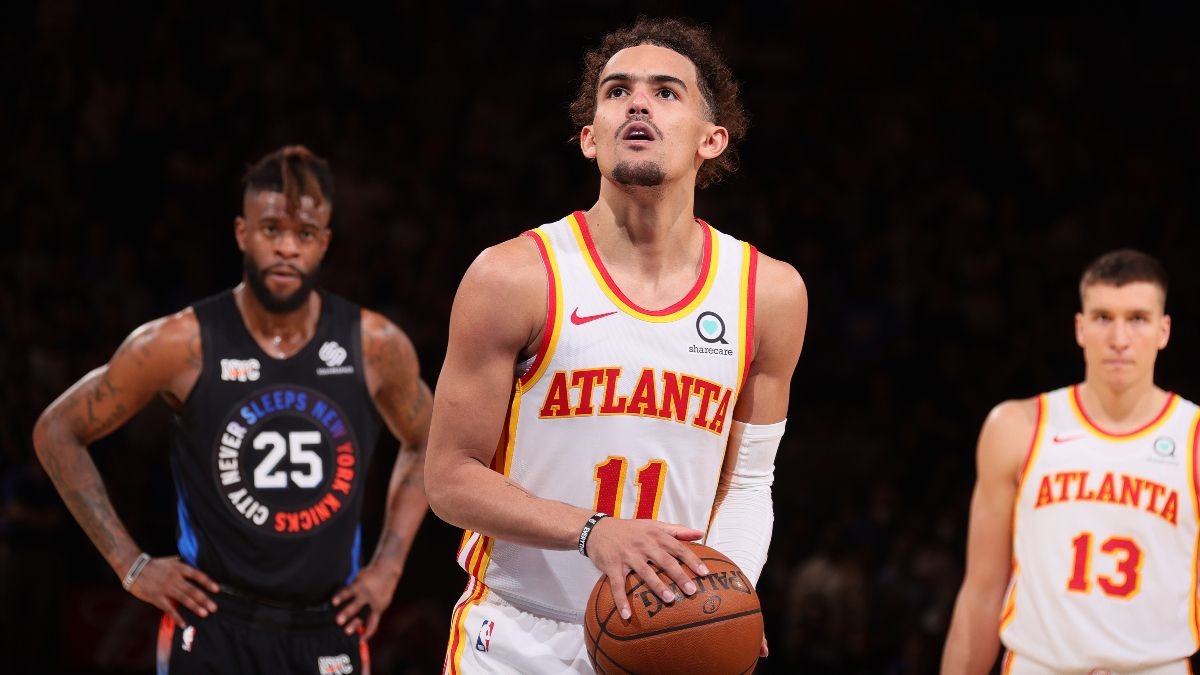 Trae at the line

The Atlanta Hawks have the New York Knicks in a chokehold, with a 3-1 lead in the first round. Trae Young has elevated his game in his first trip into the postseason. He is averaging 27.5 points on 45% shooting from the field. Trae has a long shooting range rivalling the likes of Curry and Lillard. He has been a threat this series that the Knicks simply had no answer to. The Hawks won the first game of the series as well as both games at home. This puts the Knicks in a win-or-be eliminated scenario. It is highly unlikely that a team with no recent playoff experience can reverse a 3-1 deficit.

The New York Knicks have underachieved this postseason despite securing the 4th seed. Julius Randle scored only 16.8 ppg on 27% shooting from the field. The Knicks were unable to rally behind their leader like they have all season. The series moves to New York for Game 5. The Knicks look to extend the series to a potential game 6

With a brilliant season from the young Knicks squad led by 26-year-old Randle, this team coached by Tom Thibodeau has surpassed all expectations for it going into this season. However, I am sorry to say that they are not expected to win game 5. The Hawks superstar Trae Young is simply playing at a level that the Knicks have no response for. The Knicks made no big changes before the trade deadline. They simply traded for Derrick Rose. This was to create a secondary ball handler. Despite Rose exceeding expectations in this series, it has not been enough to carry the Knicks through the series.

The Hawks with Trae are expected to silence the Garden in game 5. Putting an end to the series in the process. However, the confidence of the Hawks could be their undoing. Clint Capella, a Hawks centre stated that they were ready to send the knicks home on vacation post-game 4 victory. The winner of this series will move onto the second round to face the winner of the 76er- wizards series.

How to watch the Atlanta Hawks vs the New York Knicks?

Atlanta Hawks vs New York Knicks will be televised nationally on TNT at 7:30 PM ET. International viewers can access the game on NBA League Pass.