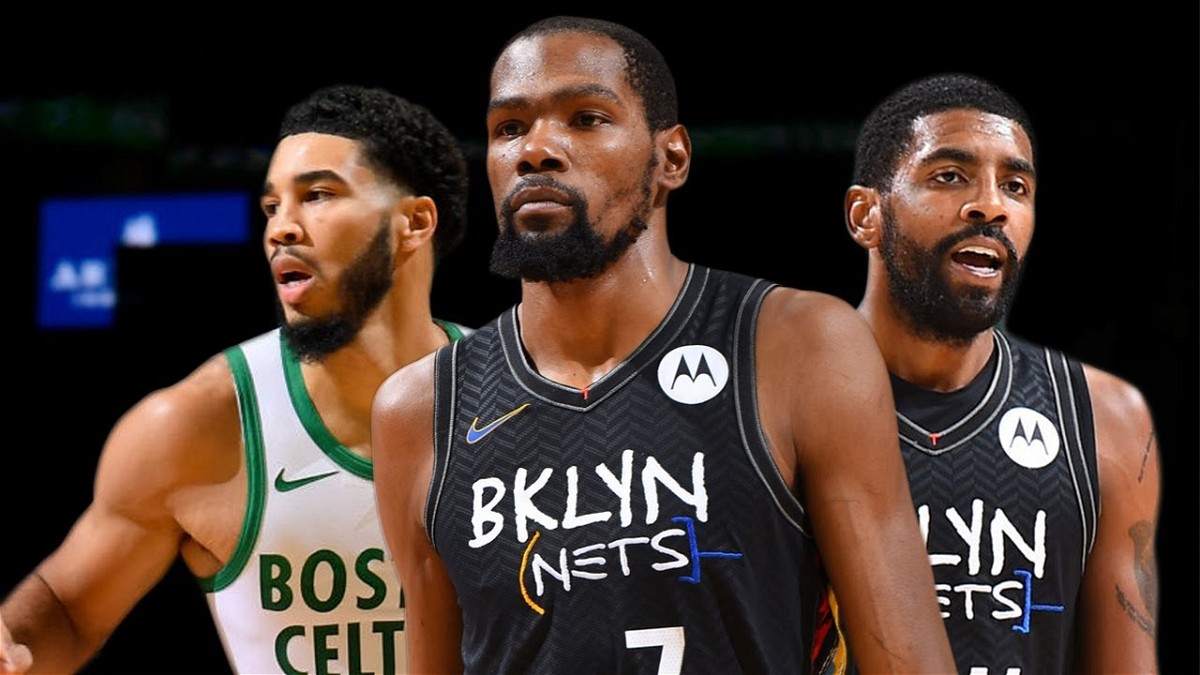 Kyrie KD and Tatum next to each other

The Nets and Celtics face off for the third game of the series in the first round of the eastern conference tomorrow. The Nets’ big 3 of Kevin Durant, Kyrie Irving, and James Harden combined for 82 points in Game 1 and 61 points in Game 2. Due to the star power on the Nets roster, they are considered the favourites to win the NBA championship this season. The series moves to Boston, where the Celtics host games 3 and 4 with the intent of tying the series. This is arguably one of the most one-sided series in the first round. The Nets faced the Celtics three times in the regular season. They won all 3 games by a significant margin.

The Nets are the clear-cut favourites to win this series. Boston has dealt with injuries all season long. Jaylen Brown who has been ruled out this season with a torn ligament was another young star besides Tatum. They were keeping the Celtics in contention these past few postseasons. Without Brown, Tatum and Kemba are the only players skilled enough offensively to score and make plays for the Celtics. The skillsets of Harden and Durant will allow for the Nets to perform at a higher level.

Kyrie is one of the most scrutinized players in modern basketball despite having unrivalled skills. His ability to handle the ball, control his pace and finish at the rim from unreal angles make him arguably the most skilled basketball player since Kobe Bryant. 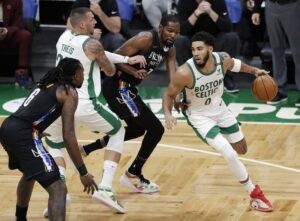 Kyrie is the unpredictable factor that will help Brooklyn get through the east and to the NBA finals. The media attempted to spread the narrative that Kyrie is a toxic element to the locker room and bizarre in thinking. His teammates from the Celtics and Nets disagree with this narrative. His interactions with the Celtics during the regular season following the game indicate that he has no bad blood with any of his old teammates. As he plays the Celtics in Boston, Kyrie will perform at a high level and dazzle the crowd despite whatever jeering and slurs he predicts to face.

Brooklyn Nets will most likely take a 3-0 lead tonight, defeating Boston Celtics on their homecourt.

Jeff Green listen out of the lineup for Game 3 with strained plantar fascia. Will be re-evaluated in 10 days

Kemba Walker will be a game-time decision by the coach.

Jaylen Brown out for the season with a broken wrist

How to Watch Nets vs Celtics?

Brooklyn Nets vs Boston Celtics will be televised nationally on ABC. In addition, Brooklyn residents can watch the game live on YES2 and regional viewers from Boston can follow it on NBCSB. International viewers can access the game on NBA League Pass.