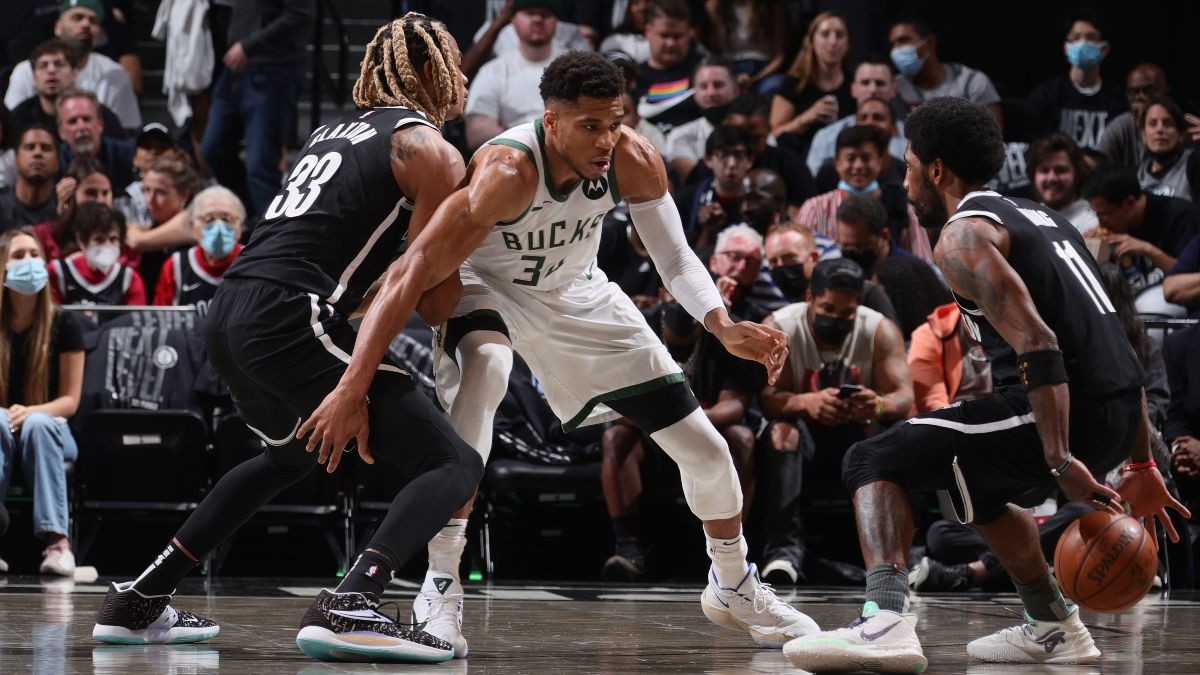 Both Milwaukee Bucks and Brooklyn Nets had a fairly easy first-round matchup and managed to close them out in 4 to 5 games. However, these title contenders are facing each other in the conference semi-finals which is easily one of the most anticipated face-offs of the season.

Although Brooklyn is no match for any current team in the NBA with three super-stars and good role players at their disposal every night, Giannis Antetokounmpo and co are fierce enough to give them a good fight. Milwaukee Bucks managed to sweep the defending champions in the first round and that certainly counts for something.

Game 1 started on a high note for the Milwaukee Bucks however, they lost control soon enough as Brooklyn Nets made a huge run in the second to take the lead. Although the lead changed several times the Bucks virtually lost the game in the third when the Nets outscored them 35 to 23. Bucks played good defence on the star-studded Brooklyn team but the latter’s efficient offence was the game-changer.

Milwaukee Bucks struggled really hard on the offensive end in Game 1 while Brooklyn managed to take full advantage of that. Despite having a bad game scoring-wise, the Bucks defended well which is why they restricted the Nets to only 115. Although saying that scoring 115 reflects good defence sounds ridiculous, Brooklyn Nets are not just any team. They have 3 offensive beats in Kevin Durant, Kyrie Irving, and James Harden and they are accustomed to scoring 125+ each night.

In addition, Kyrie Irving and Kevin Durant struggled from beyond the arc shooting only 25% and 27.3% respectively. What the Brooklyn Nets lack at the moment is defence despite which Milwaukee struggled to score in Game 1. Khris Middleton had 13 points on 26.1% shooting and Jrue Holiday had 17 on 36.8% which is unacceptable in a playoff game against a team like the Nets. It is do or die every game even though James Harden is out with a hamstring injury.

James Harden is OUT for Game 2 of Nets-Bucks due to right hamstring tightness.

Judging by Game 1, if Khris Middleton, Jrue Holiday and Bryn Forbes bounce back from the bad shooting night, the Bucks have a good chance against the Nets especially after James Harden has been ruled out of Game 2. They must and will take full advantage of the situation. Giannis Antetokounmpo finally has that hunger in him after back-to-back early exits from the playoffs.

Milwaukee Bucks are expected to win Game 2 tonight in James Harden’s absence in a close bout.

Donte DiVincenzo to miss the remainder of the playoffs with a serious tendon injury in his left foot.

How to watch Nets vs Bucks

Brooklyn Nets vs Milwaukee Bucks will be televised nationally on TNT at 7:30 PM ET. International viewers can access the game on NBA League Pass.