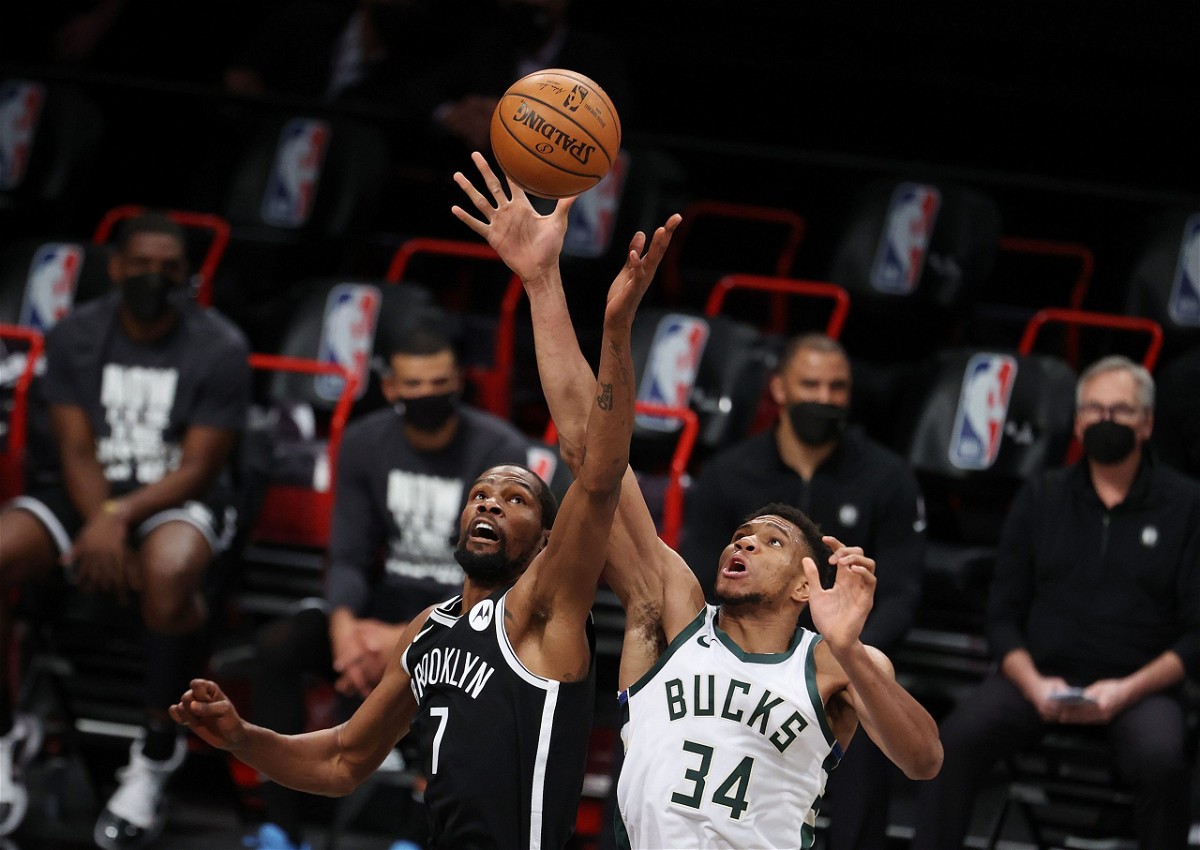 In a defensive slugfest with no sign of any offensive prowess, the Milwaukee Bucks scraped a 3 point victory in Game 3 at home. The series is now 2-1 in favour of the Nets with Game 4 set to tip-off tonight. The game will be played in Milwaukee and it’s a must-win for the Bucks. They do not want to go down 3-1 in this series because it will make the Brooklyn Nets a guarantee to go to the conference finals.

While Milwaukee Bucks were expected to take full advantage of James Harden being sidelined, the exact opposite seems to have happened in the series so far. And it is not because Kevin Durant and Kyrie Iring are too good, rather because of underwhelming offence by Khris Middleton and Jrue Holiday.

The Brooklyn Nets have the best offence in the entire league and still scored just 11 points in the first quarter. Even though they managed to bounce back in the 2nd quarter, that start is what cost them the game. It was a close contest throughout and Brooklyn’s lack of defence in the clutch allowed Holiday to get the go-ahead basket easily.

Joe Harris shot just 9% from the field. As a team, Brooklyn got to the line only 8 times. They needed to be more aggressive when their shots were not falling. Nets are the better offensive team by far and need their offensive IQ to be on point to win. James Harden not being there hurts their offence obviously but they have enough offensive weapons to carry them to a win. The Bucks had the strongest start they could’ve wished for. They had a 19 point lead after the first. Instead of slowing down, they should’ve tried to finish them before the half. Make it a huge lead and a complete blowout. Choking leads in the playoffs against a team like the Nets should not happen.

The Bucks are known for their defence and they should’ve dialled it up after the first quarter. Even though they got the win, Jrue Holiday cannot have less than 10 points. P.J. Tucker cannot be playing 33 minutes and scoring nothing. All he did was get Kevin Durant more enraged and determined to win the game.

Kevin Durant and PJ Tucker got right into each other's faces. pic.twitter.com/wB4IvtAUxv

The Bucks have a limited offence and cannot have the players that provide it to settle. Khris Middleton and Giannis Antetokounmpo combined for 68 points and 29 rebounds. That’s nearly 80% of the scoring done from just 2 players. The others really need to step up massively.

I predict the Brooklyn Nets to shake off that bad offensive performance and take Game 4 in Milwaukee.

How to watch Game 4 of the Bucks vs the Nets?

You can watch Brooklyn Nets vs Milwaukee Bucks Game 4 Live on ABC at 3:00 PM ET. You can also watch the Game globally on NBA league pass.