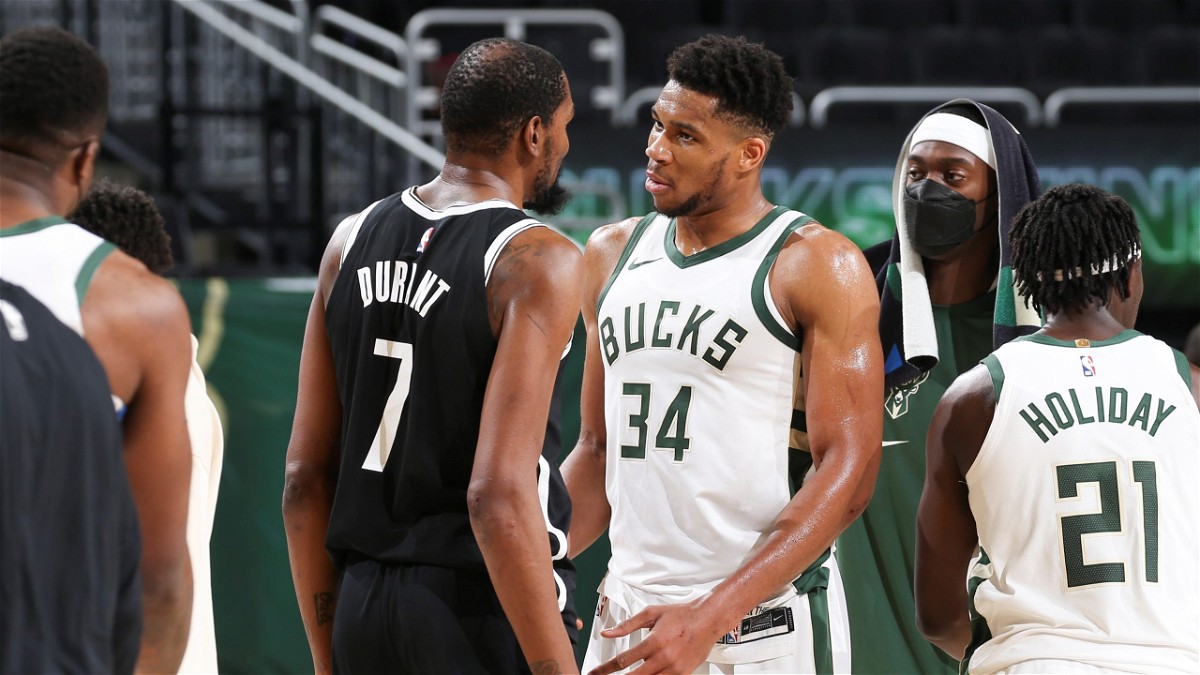 The Eastern Conference semifinals between the Bucks and the Nets has been a roller-coaster. The Nets took a blow in game 1 when they lost James Harden to a strained hamstring. However, Kevin Durant and Kyrie Irving did not let the loss affect the Nets and took a 2-0 lead in the series.

However, the Greek freak, Giannis Antetokounmpo was not about to give up. He helped the Bucks level the series with some incredible performances on both ends of the court. Game 4 took place on Sunday at Fiserv Forum. The Bucks beat the Nets 107-96. Giannis had 34 points, 12 rebounds and 3 assists. Kevin Durant put up 28 points, 13 rebounds and 5 assists.

The Brooklyn Nets however suffered another blow. Their point guard, Kyrie Irving fell hard on his right ankle and was seen leaving the game in the second quarter. Although his x-rays were negative, Kyrie did not return to the game and a statement is still yet to be issued regarding his condition

Game 5 is set to tip-off on the 15th of June. With the series tied, both teams will be looking to come out in full force. While the Brooklyn Nets were the favourites to win the title this year even before the playoffs began, Giannis and co might just put a stop to that run.

Steve Nash will have to bring his best coaching skills forward and create a team around Kevin Durant for Game 5. Although the Brooklyn Nets might not have Kyrie Irving and James Harden back on the court for game 5, Kevin Durant is someone who can change the game single-handedly. The key player for the Brooklyn Nets will be Kevin Durant. His stats this playoff season have been outstanding. He is currently averaging 31.3 points per game with 8.2 rebounds and 3.8 assists.

The Milwaukee Bucks have bounced back after a terrible opening performance in the semi-finals. Giannis and co put their best foot forward and managed to tie the series. The Key Player for the Milwaukee Bucks will be Giannis Antetokounmpo. The greek freak will have to bring out the beast in him to send the Brooklyn Nets home.

The outcome of game 5 completely depends on the availability of Kyrie Irving and James Harden. But as of now it sure does look like that game 5 might tip the Bucks way

The X-Rays on Kyrie Irving's ankle were negative, Steve Nash says. He will undergo further testing and treatment.

How To Watch Game 5 Of The Nets vs Bucks

You can watch Brooklyn Nets vs Milwaukee Bucks Game 5 Live on ABC at 8:30 PM ET. You can also watch the Game globally on NBA league pass.