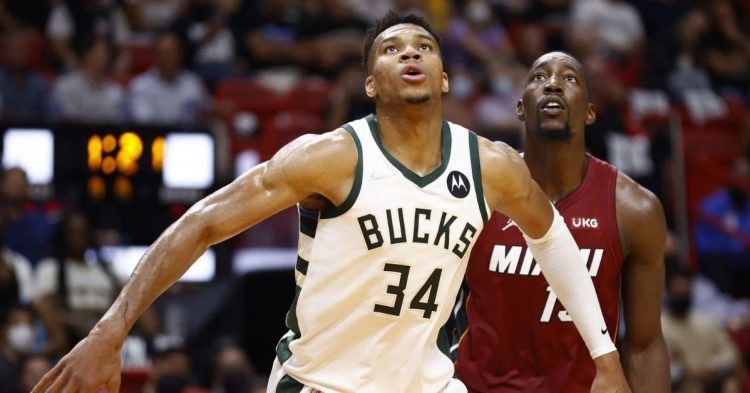 Miami Heat is thriving under Jimmy Butler’s leadership as they are currently lead the series 3-1 against Milwaukee Bucks. Bucks will enter Game 5 of the NBA Playoffs with the threat of being eliminated in just the second round. In addition, Giannis Antetokounmpo‘s injury early on in Game 4 doesn’t improve their odds of advancing in the playoffs either. This Bucks vs Heat matchup will essentially decide Milwaukee’s offseason moves.

Milwaukee Bucks face elimination in Game 5 with their star player Giannis Antetokounmpo injured. This game is largely in favor of the Miami Heat as they come fresh off of a loss. They managed to dominate Milwaukee Bucks even with Giannis thus closing out the series on Tuesday won’t be tough.

Jimmy Butler has been inconsistent from the offensive end, however, he has emerged as the primary playmaker for the Miami Heat. The scoring distribution is one of the biggest reasons behind Miami’s success in the postseason. With close to 5 players recording double-digit figures each game it’s impossible for Milwaukee Bucks to double team a single player. On the other hand, Milwaukee runs its offense primarily through Giannis Antetokounmpo and Khris Middleton. Meanwhile, their facilitators are also Giannis and Khris averaging 5.7 and 6 assists respectively.

While Khris Middleton’s 36-point point game may have surprised everyone on Sunday, he has been an advanced stats favorite throughout the series. With a sprained ankle Giannis is not expected to be his regular self in Game 5 and Miami will easily double team Khris Middleton to take the W.

Giannis Antetokounpo was questionable for Game 4, however, he played and left the match with a sprained ankle in the first quarter with 19 points and 4 rebounds. Although he is not ruled out for Bucks vs Heat Game 5 on Tuesday night, he will be a game-time decision. It all comes down to how desperate Milwaukee is in the face of elimination.

George Hill — who was one of the players who went to help Giannis up after he re-injured his ankle — said one of Giannis’ first sentences after the injury was, "I should have dunked it."

Reportedly Giannis is getting round the clock treatment it is not advisable to play him. One wrong landing and he could potentially miss a season in his prime like Kevin Durant did last year. The series is almost slipped from Bucks’ they should think about making the right offseason moves and giving Antetokounmpo the rest he needs.

Where to watch Milwaukee Bucks vs Miami Heat

Game 5 of Bucks vs Heat will be aired on TNT nationally and Fox Sports Wisconsin for regional viewers in the US. International users can access the game on NBA League Pass.