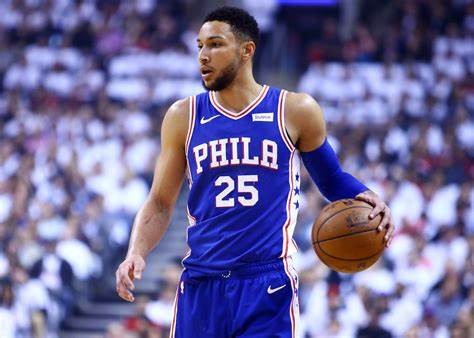 The NBA Playoffs have been interesting to watch. All four teams in the conference finals are first-timers. Game 7 of the Eastern Conference semi-finals saw the Atlanta Hawks beat the Philadelphia 76ers 103-96. Trae Young put up 21 points and 10 assists and Kevin Herter put up 27 points. The 76ers were highly dependent on Joel Embiid and he delivered with 31 points and 11 rebounds. Ben Simmons valuable contribution was the 13 assists.

Doc River is the head coach for the Philadelphia 76ers. Ben Simmons was one of the star players on the 76ers roster. On paper it really did look like the 76ers could advance to the finals. Ben Simmons has gone to the free-throw line 71 times in the Playoffs and has converted only 24 of those shots, which is less than 50% Ben has not attempted a single shot in the fourth quarter in the last 4 games.

Simmons has a perfect 0-0 FG in the 4th quarter. In Game 7, Ben Simmons did the same in the fourth quarter and recorded only 5 points throughout the entire game with 4 attempts.

Ben Simmons did not just pass this up… pic.twitter.com/4JyM7ZHNkJ

Joel Embiid, the MVP nominee spoke about how he felt the game went and what went wrong.

"We didn't get a good possession on the other end and Trae came back and he made a 3 and then from there down four, it's on me. I turned the ball over and tried to make something happen from the perimeter. But I thought that was the turning point."

The Atlanta Hawks have advanced to the Eastern Conference finals and it is going to be the Coldest Villain, Trae Young taking on the Greek Freak, Giannis Antetokounmpo.