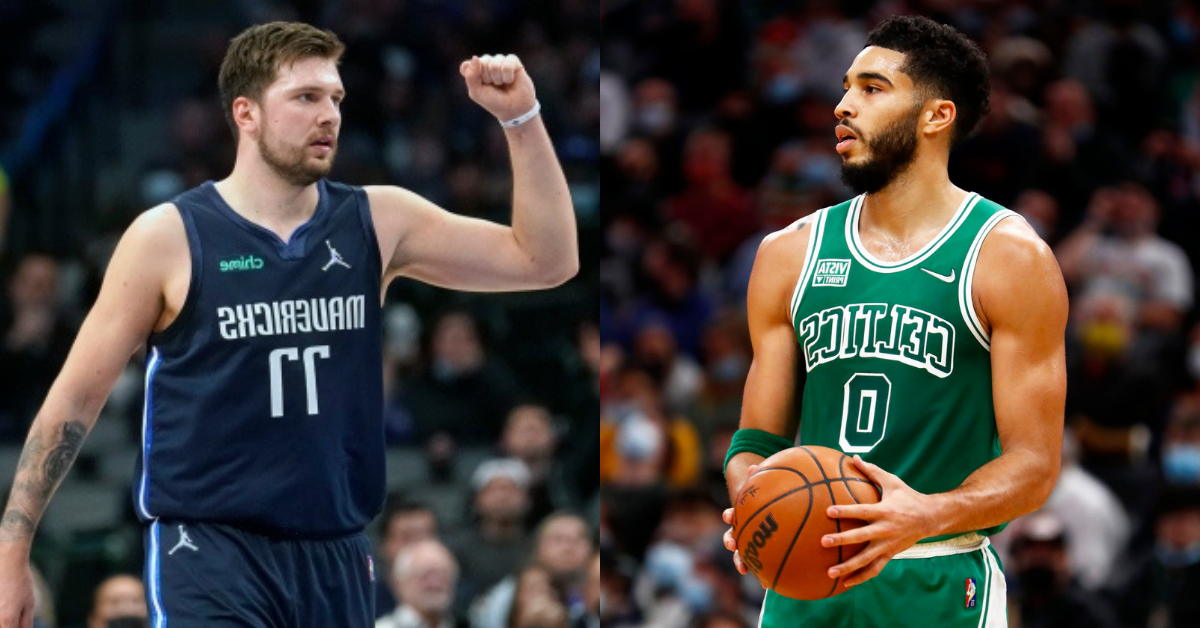 Dallas Mavericks started out hungry after a loss in Game 1 because of poor officiating and took care of the business in Game 2. Without losing the lead even once throughout the game, Luka Doncic and the Mavs defeated LA Clippers 127-114 as Paul George experienced an off night. On the other hand, Boston Celtics continued to reign over Philadelphia 76ers in a blowout victory as Jayson Tatum drilled clutch 3s

Concluding the game 128-101, Boston Celtics are now leading the series 2-0 without starting forward Gordon Hayward. A loss like this left Joel Embiid with that same emotion he felt after Game 7 loss in 2018-19 NBA Playoffs to a buzzer-beater by Kawhi Leonard.

I feel bad for Joel Embiid because he genuinely cares about winning. The man cried after being eliminated last year and the look here shows a lot. Sixers management needs to get it together before they end up losing him. pic.twitter.com/CkVeC0GYs0

With this double-digit victory over LA Clippers, Dallas Mavericks have proved they are going to cause some serious trouble for the title favorites. Paul George was an absolute disappointment from the field tonight but the fact that he was foul trouble right from the beginning that something to do with it. He was charged with a technical again in Game 2 as both teams committed 29 fouls each.

Poor officiating continued in the game but it didn’t necessarily favor one team, unlike Game 1. Mavs started out up 15-2, however, the lead was cut down to 4 after Lou Williams had big buckets later in the first quarter. Luka Doncic picked up two personal fouls in the first half thus coach Rick Carlisle benched him. In the meantime, Kristaps Porzingis dominated and recorded 23 points and 7 rebounds to conclude the game. Upon return, Luka facilitated multiple plays for Boban taking the lead up to 17 in the second quarter.

“They should be saying, ‘We got a chance.’”@luka7doncic has a message for the Inside crew. pic.twitter.com/gKnsrOXdNB

Paul George continued to struggle form the field scoring his first bucket in the third quarter. Foul trouble was stocking up for both teams but Kristaps Porzingis and Seth Curry took care of the business for Mavs. Luka Doncic was restricted to 28 minutes in the game scoring 28 points, 8 rebounds, and 7 assists and passed Kareen Abdul Jabbar to score 70 points in the first two playoffs game, youngest to ever do it.

LA Clippers were sloppy on defense trying to adapt to Dallas Mackericks’ explosive offense. Patrick Beverley was sidelined due to left calf strain and Clippers definitely felt his absence tonight.

Philadelphia 76ers lost a double-digit lead initially in the game and failed to recover. Tobias Harris had an extremely underwhelming performance against Boston Celtics scoring just 13 points shooting 4-15 in 35 minutes. Joel Embiid tried to carry the team on his back with 34 points and 10 rebounds, but all in vain.

Jayson Tatum picked up right where he left off in Game 1 drilling a 3 from the corner to start the game. He added 33 points, 5 rebounds, and 5 assists to his stat sheet becoming the youngest Celtic ever to put up a performance like that. Philadelphia 76ers had a 14 point lead before Boston Celtics took charge in the second quarter. Jaylen Brown made a beautiful 360 dunk feeding from Jayson Tatum in transition, scoring 20 points in the game while Kemba Walker scored 22 himself with 2 assists

Jayson Tatum torched the Sixers in the fourth quarter with some big buckets. Celtics did not lose their double-digit lead throughout the second half. Celtics get to double and sometimes triple-team Joel Embiid in the absence of Ben Simmons. Since offense is not working for Sixers, an extra defensive effort might be of some help to contain Jayson Tatum.