The LA Lakers are currently leading the series 2-1 winning back to back games after a disappointing Game 1 loss. While Anthony Davis was the reason behind Lakers’ Game 2 victory over Portland Trail Blazers, LeBron James‘ historic performance on Saturday night gave them the lead. One of the best three-point shooters, Danny Green has been struggling to find his shot against the Blazers so far.

Despite being the 8th seed, the Portland Trail Blazers seem to have a legitimate chance against title favorites LA Lakers in Round 1 of NBA Playoffs 2020. Damian Lillard exhibits unlimited range game after game and CJ McCollum is the clutch player they can rely on. Blazers’ defense is extremely weak compared to Lakers, however, Hassan Whiteside has been phenomenal with massive blocks. They lost starter  Zach Collins to an ankle injury in Game 3 which puts a serious question mark on their championship hopes. 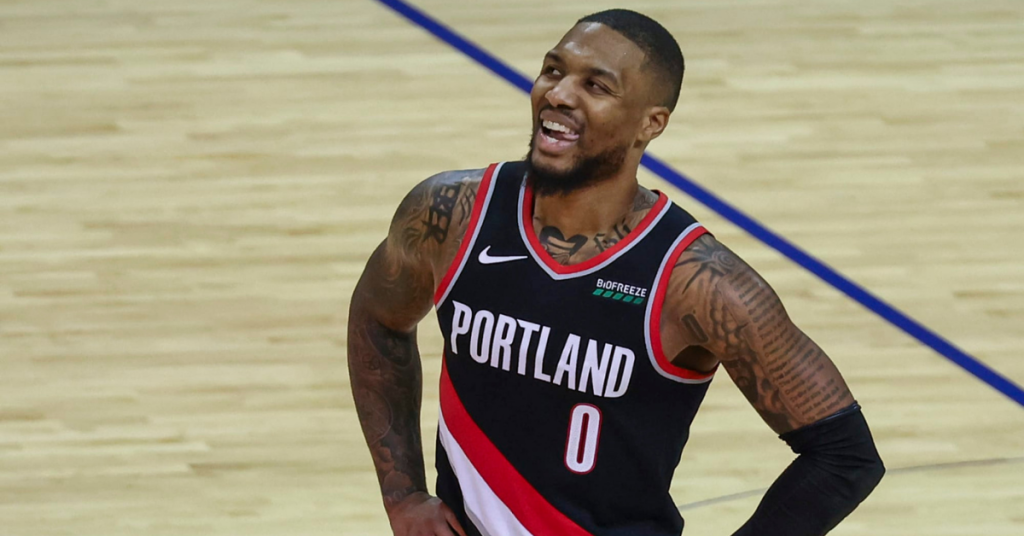 Game 4 is extremely difficult to predict as Portland Trail Blazers are in do or die situation but Zach Collins’ absence gives LA Lakers an advantage over them. Whether this close to an elimination game brings back Dame time or not will be the deciding factor. Damian Lillard has been averaging 28+ points in playoffs so far but it seems ineffective in front of a superteam like LA Lakers. In addition, CJ McCollum is dealing with back issues and Jusuf Nurkic just came off of a 1-year gap.

The odds are largely against the Portland Trail Blazers for Game 4 of NBA Playoffs but Damian Lillard can easily torch the Lakers to tie the series at 2-2. However, keeping in mind Zach Collins’ injury Dame time can’t make much of any difference against the physically dominant Lakers.

In my opinion, LA Lakers will win the upcoming game on Monday night by a slight margin to lead the series 3-1 over Portland Trail Blazers.

LeBron James gave up his pass first approch in Game 3 to record a 30-point triple double showing glints of Miami Heat playoff run. He is expected to have another monstroust 30+ points game tonight. Damian Lillard will emerge as the leading scorer for Portland Trail Blazers after a slightly underwhelming performance after the seeding games to save the Blazers from the danger of elimination.

How to watch Lakers vs Blazers?

Game 4 of LA Lakers vs Portland Trail Blazers will be aired on NBC sports northwest in the US. International users can access the game on NBA League Pass.