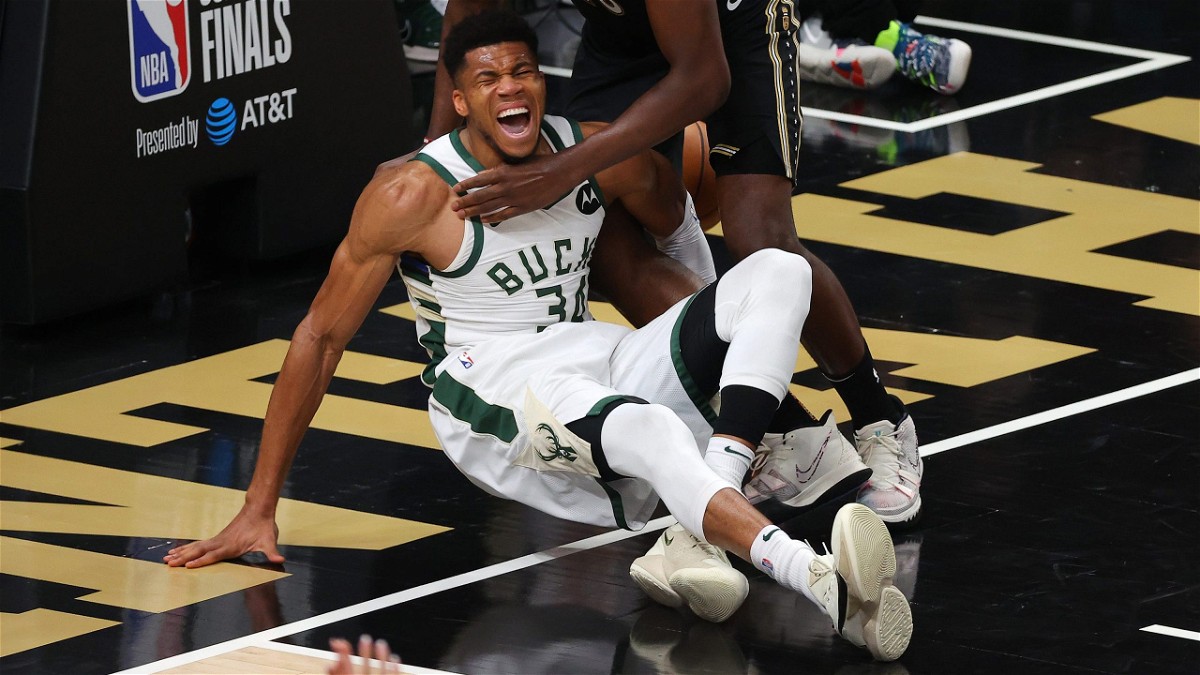 Giannis Antetokounmpo is one of the most versatile power forwards in the NBA. The Milwaukee Bucks are heavily dependent on Giannis for all the power and skill he brings to the team. The Bucks are up against the Atlanta Hawks in the Finals of the Eastern Conference. the series after game five stands at 3-2 with the Bucks in the lead. Game 6 is all set to take place on the 3rd of July. The Bucks will be hoping to take the W and advance to the NBA Finals. The Hawks on the other hand will be looking to push for a game 7.

In the third quarter of Game 4, Giannis Antetokounmpo went down and landed awkwardly. The incident took place when Giannis got into a tussle near the basket with Clint Capela. The injury took place when the Bucks were trailing by ten points. Giannis was helped off the court for further checks. Giannis however returned to the bench but was ruled out shortly after. He had suffered a hyperextension in his left knee. Coach, Mike Budenholzer spoke about Giannis future for the playoffs.

He’s in the locker room with the guys and just addressed the group, But nothing above and beyond that. We’ll see how he is tomorrow.

Here’s when Giannis  plans to make his return

The Bucks are locking Horns with the Hawks in game 6 on the 3rd of July. Giannis missed game 5 due to an injury and so did Trae Young. With the series at 3-2 and both the star players on the bench, it is difficult to say which way the series will tip. Giannis is listed as doubtful to return for Game 6. The Bucks are not on the verge of elimination and the management took the decision to give Giannis a chance to rest his knee for one more game.

There’s belief Bucks star Giannis Antetokounmpo (knee) would be given the green light for a potential Game 7 if Hawks avoid elimination in Game 6 on Saturday, league sources tell @YahooSports.

However, if the Atlanta Hawks win game 6, Giannis will suit up and step on the court for Game 7 to help ensure that the Bucks reach the NBA Finals. In the postseason this year, Giannis is averaging 28.2 points, 12.7 rebounds and 5.2 assists. We can only hope that Giannis’ recovery speed is not as slow as his free throw routine.