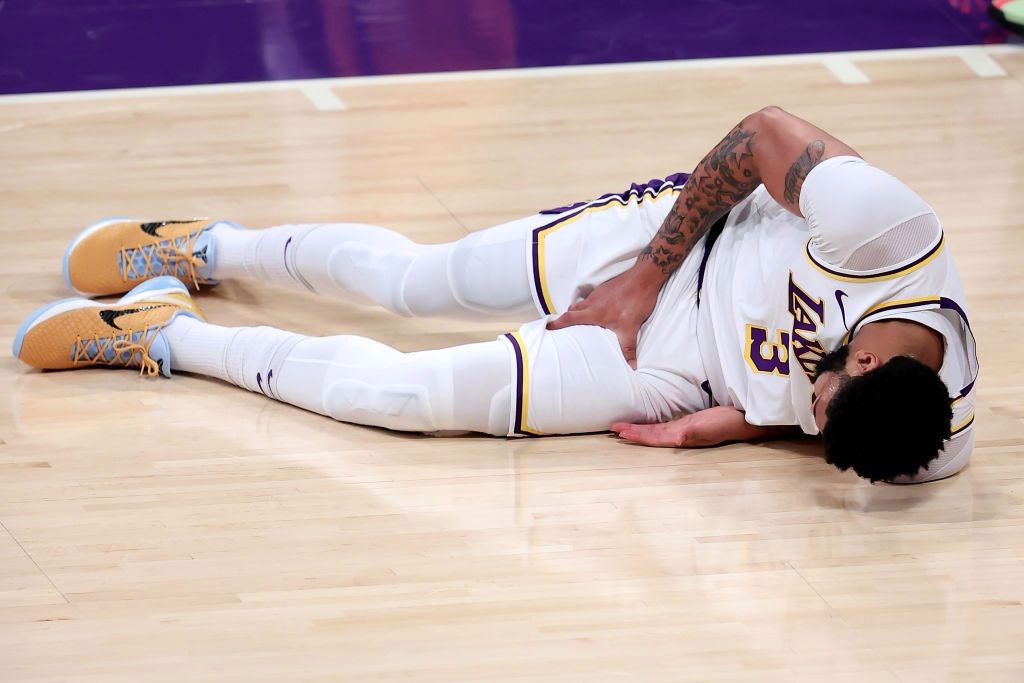 With 54 seconds left in the first half of LA Lakers vs Phoenix Suns Game 4, Anthony Davis drives into the paint from the corner and puts up a shot. He misses the shot but comes down with a groin strain. He was laying on the floor keeping his hand on that groin and had to leave the game.

Anthony Davis did not return for the rest of the game.

Even though Davis did not return in this game, he is only listed as a Day-to-day. His groin injury was not season-ending and that is a good sign. Although, as we have seen in recent history, when a player is rushed back too soon it is worse for the team and the player. The Lakers star avoided a more serious injury which is a silver lining in this cloudy day.

Good news for AD and the Lakers: Davis avoided a more serious injury. He has a chance to play in Game 5 in Phoenix, but status is very much in question. https://t.co/CGwAHZDDL1

He is listed as questionable for game 5.

Also Read: LeBron James Opens Up About his Absent Father

How will this impact the LA Lakers for the rest of this series and even the playoffs?

Anthony Davis is injury prone. Every time he falls down Laker fans worry he won’t get back up. In just the calendar year of 2021, his injury history has been bumped up 28 times. This has always been a concern for Anthony Davis throughout his career.

Before Game 4 tipped off, Coach Frank Vogel had listed Anthony Davis as questionable because of his knee. However, Anthony Davis came out and said that there is no way he would miss Game 4. After he left the game, the Lakers scored just 15 in the 3rd quarter. Their defence also took a big hit as there was no one to slow Deandre Ayton down. Also, with Davis out LeBron James had to take over. But LeBron had 6 turnovers and shot 14% from the 3. The Lakers do not have any other offensively gifted forwards like AD and that’s why the Phoenix Suns beat them in Game 4.

The LA Lakers have a subpar record without AD on the floor. They have won 19 games but lost 17 without him. He is the proverbial star of the team and the only wins that the Lakers have got in this series is because of Anthony Davis. Having an injury will slow him down if not keep him out of games. LeBron James has never lost in the first round and if he wants to keep his streak alive he will have to carry these Lakers to the next round.