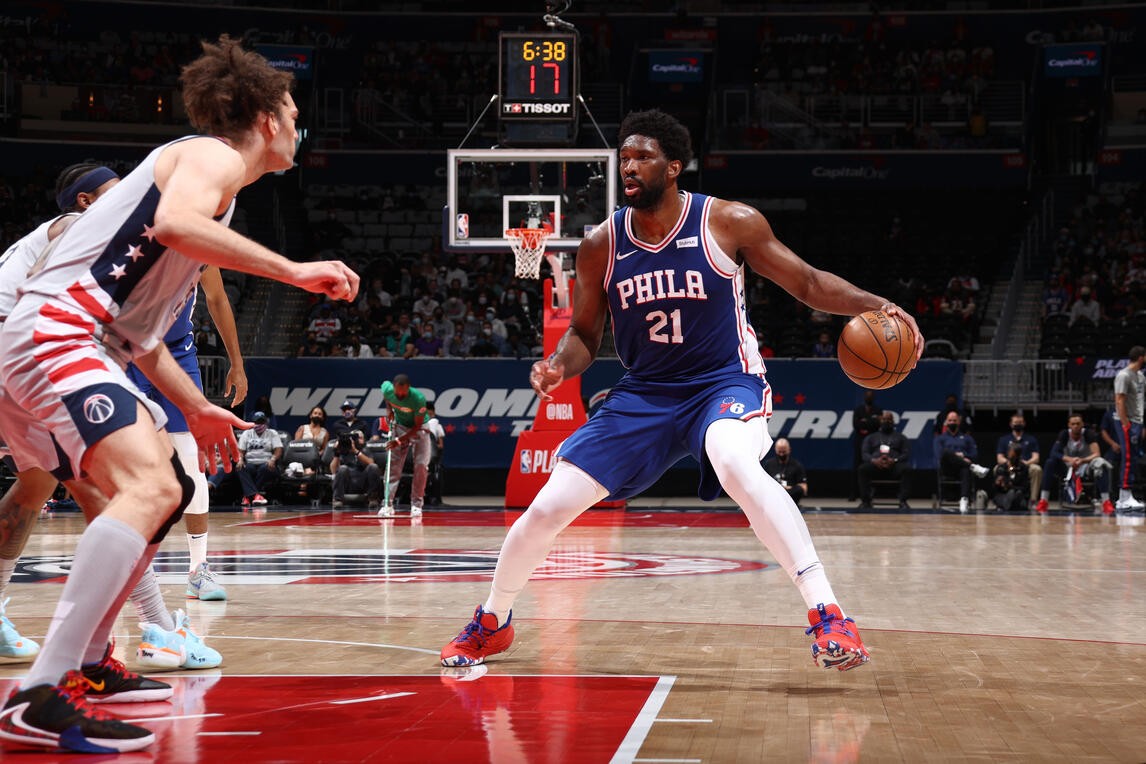 Joel Embiid had a hard fall while going up for a dunk over Robin Lopez in Game 4 vs the Washington Wizards. He had played just 11 minutes in the contest before leaving and not returning to the game. The 76ers had a dominating command over the series and were looking to close out Game 4 and the series with a win.

However, after Joel Embiid left the game, not only was the morale down but also the offensive and defensive production. Russell Westbrook and company managed to take advantage of that situation and stole at least one game. They avoided the sweep and with Joel Embiid out they might try to accomplish something no team has ever done.

"I am told that the Sixers are optimistic that Joel Embiid did not suffer a serious knee injury."@JClarkNBCS has more on the Embiid injury situation: pic.twitter.com/rtvF57FO0A

The Philadelphia 76ers have a subpar record of just 10 wins and 11 losses without their star Joel Embiid.

According to Adrian Wojnarowski, Embiid is doubtful for Game 5 against the Washington Wizards. He had his MRI and is to be evaluated further in the day. It’s highly unlikely that the Wizards make a comeback from 3-1 down. But losing the MVP of your team is a really huge blow.

If they do make it out of this series then they really need to focus on Joel’s health. The 2020-21 NBA playoffs have had a lot of injuries in just the first round and all these stars seem to be dropping like flies. Embiid has been in the MVP conversation and is averaging 24 on 63% from the field in this series. A loss that huge could definitely define the playoffs for them and others. 76ers fans are keeping their fingers crossed and hoping that he returns sooner rather than later.

Joel Embiid will be doubful for Game 5, sources tell ESPN. He had an MRI on his right knee today, and is expected to be evaluated further in next day.